A Trip to America & Two Observations

We just returned from a 10-day trip to the US; Jay to visit friends and family and Tanya joining Jay for the 56th Annual Monterey Jazz Festival.  The longer we’re away from America the country seems more foreign than wherever else we’re living. It’s familiar but never the same as when we left.  Hard to explain but we seem to always have our feet in two (or more) different places at once. 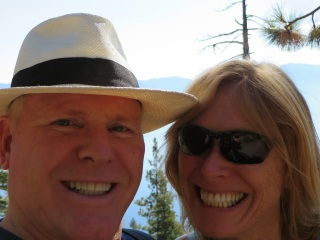 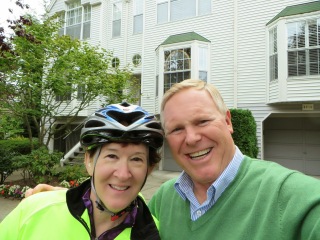 Our neighbor Becky from Portland. 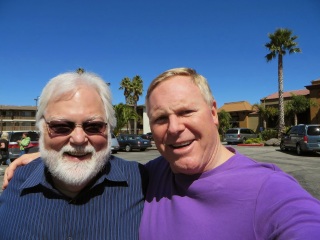 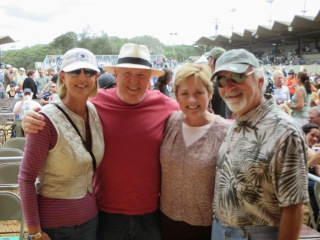 Our friends Sam and Michele in Monterey.

Two observations during this last visit:  First, the most obvious is how big America is.  The people, the distances, the food portions, the stores, the highways….all BIG!  The second observation is the behavior of drivers.  German drivers seem to be impatient, ready to use their car horns at a moment’s notice whenever there is any possibility that they will be slowed down or inconvenienced at all.  By contrast, US drivers, especially in Oregon, seem to be downright lackadaisical. I think this all makes sense.  Our theory is that since American highways are so big—the lanes are bigger and they actually have shoulders one can pull over onto—and the speed limits are lower than in Germany, so there is no great rush to get where one is going.  Traveling at 55 mph (88 kph), compared to the more normal 100 to 130+ kph in Germany seems positively leisurely.  Since Germans can only go so fast in their more congested urban areas, they get this need for speed out of their systems by zooming down the autobahns.  We didn’t sense this same feeling in California, for example, even when cars were traveling down the freeway at 65 mph (only 104 kph).