In the Land of the Haligonians

Our traveling pair is originally from Oregon. We are, or were, Oregonians. Folks to the north of us are called Washingtonians, to the south, Californians. So far, this makes sense. Similarly, we have Virginians, South Carolinians, Kentuckians and Mississippians. We even have Delawareans, which frankly seems a bit odd. But then we have states whose residents’ identifiers end with “er”: New Yorkers, Vermonters, Marylanders, Mainers. Those name endings sound very logical. But then, Vermontian and Marylandian don’t sound too bad either. But why aren’t any of these folks from states ending with “n” called “ites”? We have Wisconsinites so why not Oregonites or Washingtonites? After all,we have Michiganites. And then we have New Hampshirites. How about Massachusetts? These folks aren’t called Massachusettsians, Massachusettsites or even Massachusettsers. They’re simply called Bay Staters. That’s neat but how would anyone not familiar with that name ever figure out it refers to people from Massachusetts? By the way, there’s a word for a resident of a particular place. It’s called a demonym. But that’s another story.

And then we come to the place our two Nevadans (or Nevadians) visited this summer, Halifax, Nova Scotia. Residents of this Canadian maritime province are called Nova Scotians, so naturally one would assume people from its capital, Halifax, would be called something like Halifaxians. But no, they are….drum roll please…Haligonians! Huh? The town isn’t called Haligonia. How the heck did this nomenclature develop?

After a little searching, I came across a post from the website, sesquiotica.com that attempts to explain this. In a somewhat tortured description, the facts we know are covered first. Halifax was named after George Montague-Dunk, the second Earl of Halifax. Halifax is a town in west Yorkshire. Ok, fine. One explanation is that the name, Halifax, probably came from the Old English, halig feax or “holy hair”, referring to a legend that the head of John the Baptist is buried there. From this, the Latinized version of the name would be “halig” followed by the common suffix “onian” to indicate where someone is from, hence “Haligonian”. It appears no one is sure if this is a correct explanation but it seems as good as any and the people of Halifax are quite content to continue to be called Haligonians.

In any case, our time spent with our native Haligonian friends, touring around town and the Halifax harbor was delightful. 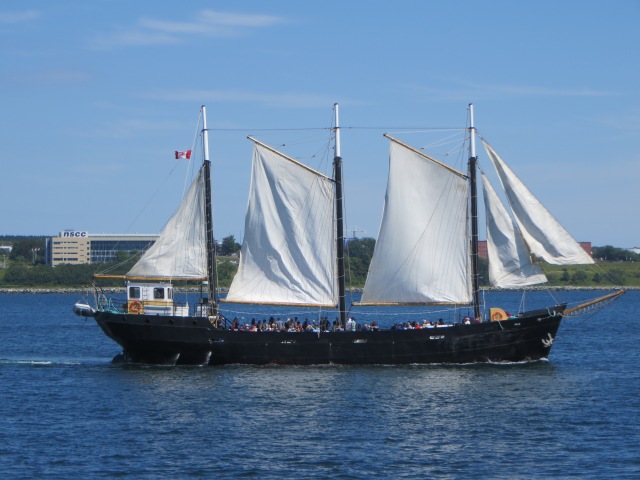 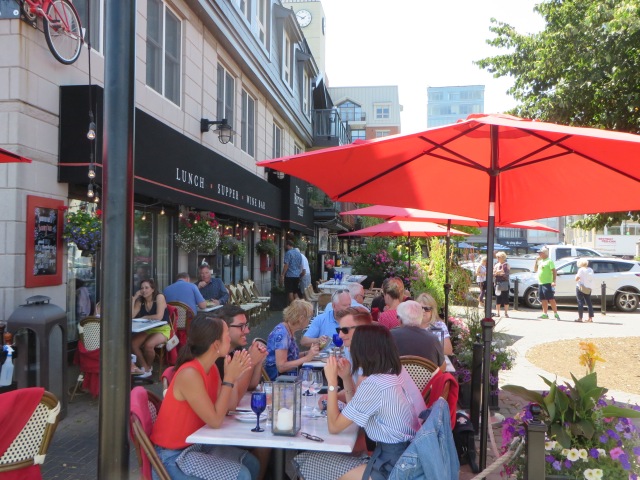 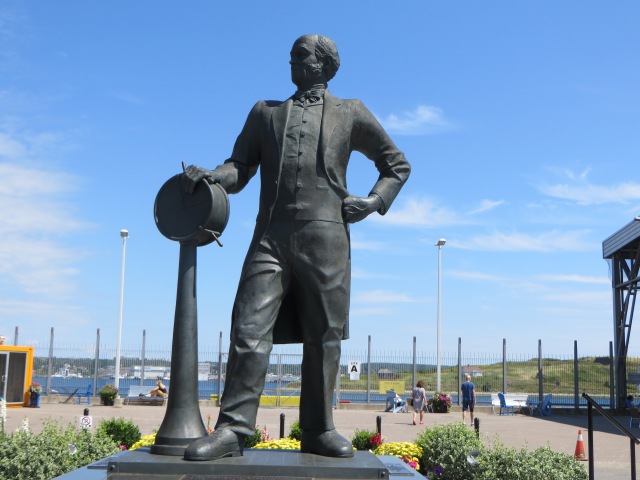 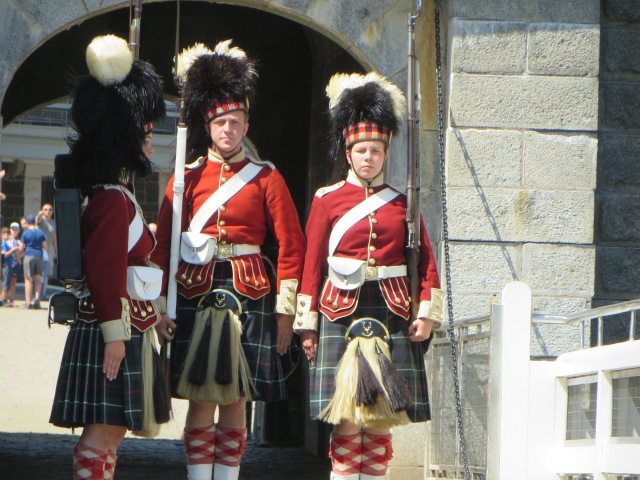 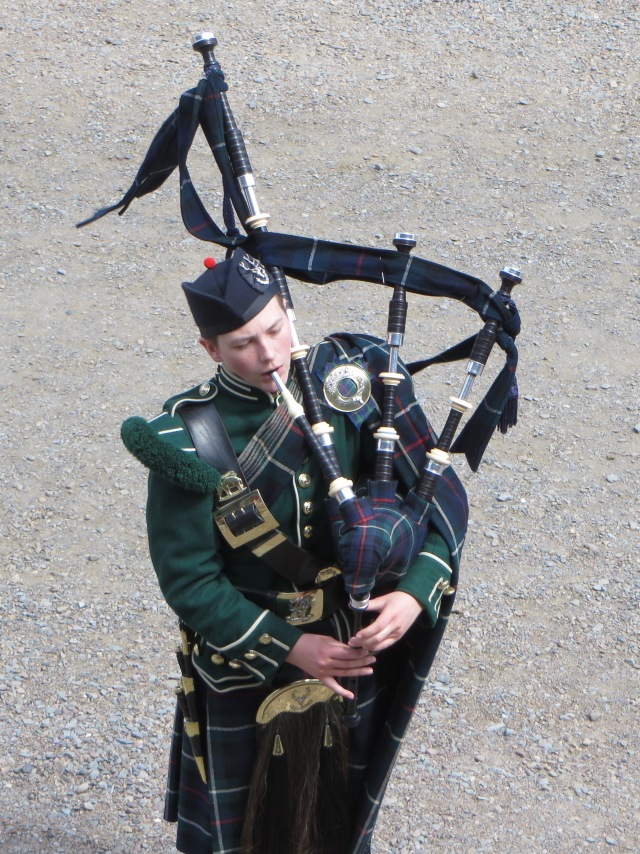 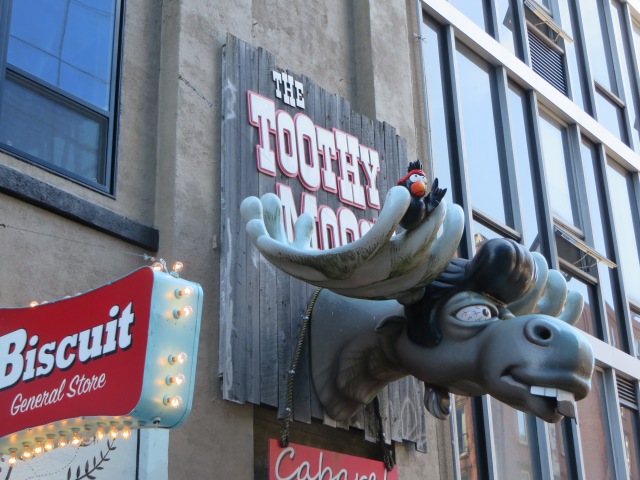 We even got a personal tour of one of Halifax’s many historic church cemeteries. One of them, the Old Burying Ground, is home to the remains of Major General Robert Ross. During the War of 1812, he commanded the British force that attacked Washington, DC. His troops succeeded in burning both the US Capitol and the White House.

Ross and his troops then attacked Baltimore and, while riding forward to personally direct his men, three young American soldiers shot him and he died soon after. OK, fine. But how did he end up in a Halifax cemetery?

Well, Ross died as he was being transported back to the British fleet. His body was put aboard the HMS Tonnant, where it was preserved in a barrel of 129 gallons of Jamaican rum. This, of course, gives new meaning to the expression, being completely pickled. Anyway, the Tonnant was ordered to sail to New Orleans for the upcoming battle in January 1815. Apparently, the Tonnant decided to transfer the now well-preserved remains of MG Ross to another British ship, HMS Royal Oak, also on its way to New Orleans. But, first the Royal Oak sailed over to Halifax to give the general a proper send off on British-held soil and he was buried in the old cemetery, seven days days after he had died. We assume his remains were removed from the rum barrel before burial but who knows?  Another great story from the land of the Haligonians.

3 Responses to In the Land of the Haligonians