Posted on November 6, 2013 by jayandtanya

OK, we know Messina is of historical importance.  But spending about four hours here really didn’t give us a real feel for the place.  In the photo you can see the Strait of Messina, which separates Sicily from the mainland of Italy.  The thing we remember most about Messina is from the movie Patton, where the American Third Army, led by General George S. Patton and British General Montgomery were both trying to get to Messina first, in order to gain the glory for driving the Germans out of Sicily.  It’s a great scene in the movie, by the way.  But for us on this beautiful October morning, we had to be content with a little drive around town and a peak at some of the streets of town.  Tanya and Jay both vowed that we need to come back to Sicily and spend a proper amount of time here. 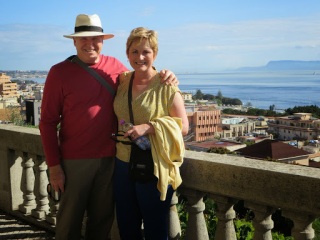 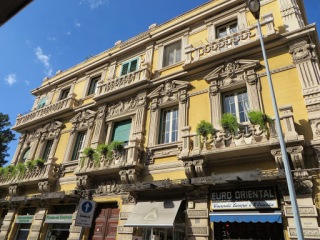 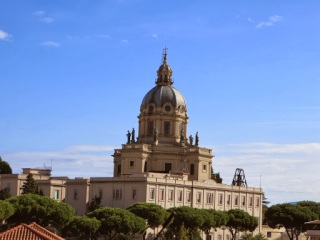