This weekend we visited Dijon, arguably the mustard capital of the universe.  This store, Moutarde Maille, is ground zero for mustard.  Mustard with basil, with pimento, with figs, with truffles, olives, cherries and on and on….a veritable mustard heaven on earth.  Naturally, we had to support the local economy and bring home our share of mustard products.  Now, the question is how will we use all these different concoctions?  Just slapping some this nectar of the gods on a bratwurst just doesn’t seem quite right.  Well, it will be an interesting culinary winter. 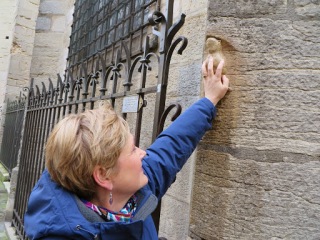 Besides mustard, Dijon is the capital of Burgundy, or Bourgogne.  And we all know from Julia Child that the local favorite here is Boeuf Bourguignon.  We sampled some, along with a serving of Coq au Vin, just to make sure we weren’t missing anything.  Quite tasty, but I think we’ll stick with our Mediterranean diet for now.  One cool thing about Dijon, is the Owl’s Trail, a very clever, and useful, marketing gimmick to guide visitors through all the hot spots of old Dijon.  You start by rubbing your left hand (the side closest to your heart) on the owl which has occupied the corner of the cathedral for centuries.  This is to bring you good luck, and so far so good.

Another highlight is the town clock, which was taken as war loot from Courtrai (Belgium) by the grand duke and given to the people of Dijon in 1383, in recognition of their help in the war against Flanders.

The clock originally only featured the statue of the single man, Jacquemart.  People joked about his bachelor status for a few hundred years (I guess a good joke can go on for a long time) until in 1651 a female companion was added for him, Jacqueline.  Then, people made fun of their infertility and so that joke went on for another 60 years or so until in 1714, a little Jacquelinet was made for the clock.  Having one child proved to be so hilarious for the next 160 years until in 1884 little Jacquelinette was added to the clock.  The people of Dijon have been getting a good yuk out of this whole thing up to this day.  Who says these folks don’t have a sense of humor?
Here’s a sample of other photos from our weekend. 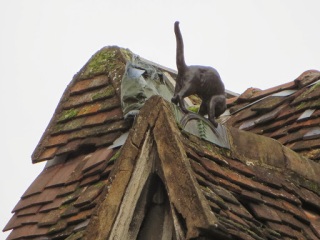 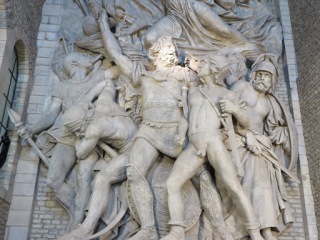 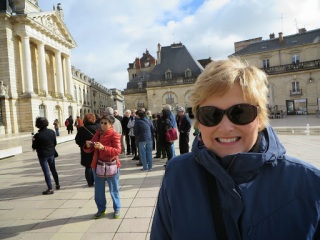 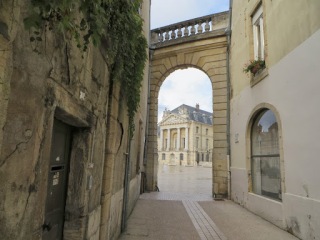 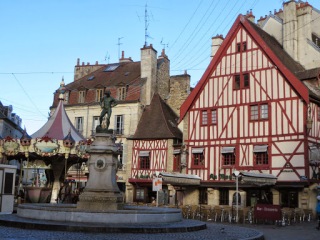