Posted on February 5, 2014 by jayandtanya

This weekend we visited tiny Luxembourg.  Actually, we only visited Luxembourg City but it was a wonderful time.  Luxembourg is a fascinating place.  At first, we thought that Luxembourgers must be somewhat schizophrenic, at least linguistically.  French seems to be the norm, but German is also spoken and, of course, English.  There’s also a distinct language peculiar to this place, Luxembourgisch (sp?) a sort of Flemish/French/German dialect, at least to these native English-speaking ears.  The city is very walkable and after visiting the City Museum one gets an excellent overview of the complicated history of this fortress city and Duchy.  The Grand Duke himself, and his family, live right in the center of town in the Grand Duke’s Palace. 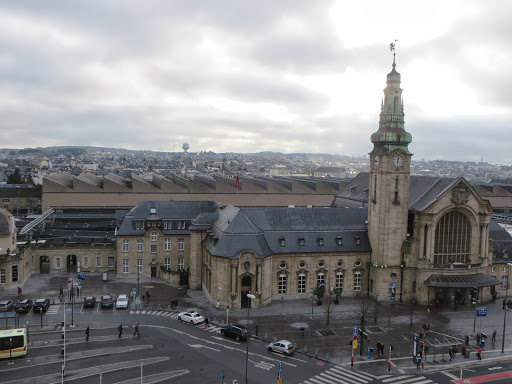 Our hotel was just across the boulevard from the main train station and this turned out to be an excellent location from which to take walking tours on our own, ride the city sight-seeing bus, and take public transportation out to the American Cemetery and Memorial, about 15 minutes outside of town.

After getting off at the closest bus stop, Tanya and Jay walked along some railroad tracks and down a deserted road through the farmlands to get to the American cemetery.  Fortunately, Jay had excellent written directions and he knew we were on the right track.  Otherwise, Tanya might have had second thoughts about what the hell we were doing out here on a Sunday morning. 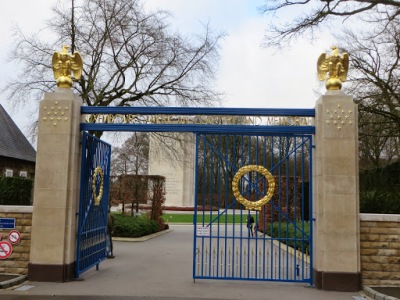 The experience of visiting this cemetery, with the graves of over 5,000 US soldiers who died during the Battle of the Bulge in 1944-45, is very moving.  There’s a small visitors’ center with a very knowledgeable manager who was full of great information, stories and an answer to every single (often obscure) question we asked.  This lady, as well as the woman we had talked with last year at the American WW I cemetery in Verdun, France, are terrific American ambassadors. 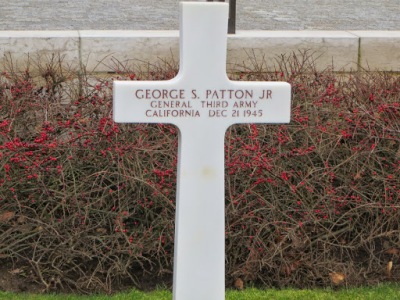 General George Patton is buried here, per his wishes to be buried along with his men.

Staff Sergeant Day G. Turner, one of two Medal of Honor recipients in the cemetery. 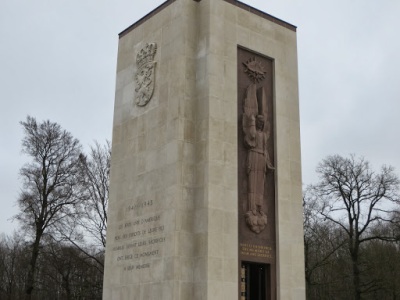 This is the chapel.  We were there at noon when the chimes played “America the Beautiful”.  I don’t think any of the visitors had a dry eye.