On our way to our next destination, Dubrovnik, our bus from Kotor left right on time at 0830. We sat in the front of the bus and as we pulled out of the station we had great confidence in our driver, knowing he was getting divine protection based on the religious icon hanging from his rear-view mirror. 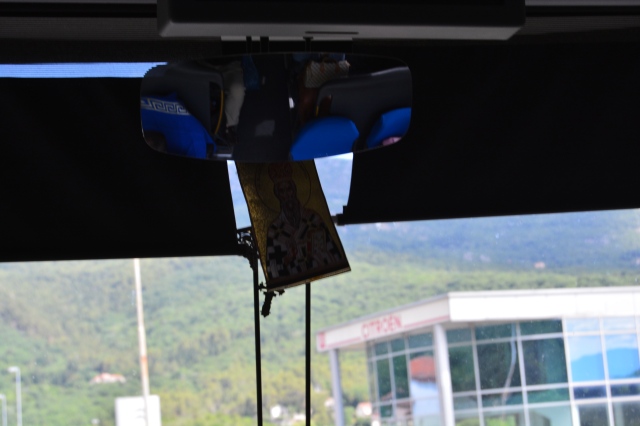 The two-lane road winds along the beautiful Bay of Kotor and our bus driver appeared to be quite keen on setting a new on-time arrival record for our scheduled 2.5 hour trip. Despite our front row seats, directly behind our driver, Tanya opted for one of her anti-anxiety pills after we passed another bus on a blind curve as we hurtled toward our destination. Speaking of hurtling, or more accurately, hurling, we heard one of our fellow passengers toward the rear losing his breakfast in a series of healthy regurgitations. The assistant driver looked back, smiled and then began covering his nose with his shirt. What fun!

We made it to the Montenegro/Croatian border in record time. Unfortunately, the border crossing took about as long as the ride to the border, 1.5 hours. Crossing the border between these two former Yugoslavian enemies made us appreciate the nearly seamless border crossings we experience in most of Western Europe. The process involved a collection of all passengers’ passports by the Montenegrin authorities, a thorough inspection of each one and then all returned to the assistant bus driver who re-distributed them to us on the bus. OK, we’re out of Montenegro. So far so good. But wait. We then cross the no-man’s land before actually entering Croatia. Not quite so easy, especially when there were two buses full of passengers ahead of us. In this part of the process, each passenger had to get off the bus, one by one, to present their passport to the Croatian border inspector for stamping. This process seemed to go on forever as we watched each passenger in the bus two ahead of us get off and then back on. 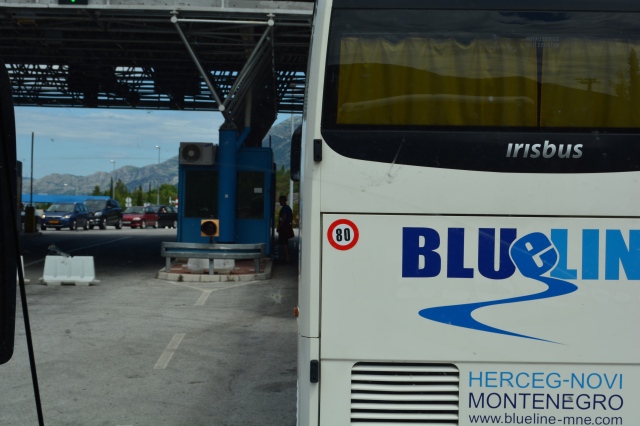 By the time our bus made it up to the border inspection station, the official had decided to streamline the process. This probably is because it was getting close to lunchtime by now. On our bus, all passports were collected, reviewed, stamped and then returned to our bus driver to re-distribute. Finally, we were off again, motoring along the beautiful coastline toward Dubrovnik. This lengthy border-crossing process partially explains the heated discussion between our bus driver and another driver at the last bus stop on the Montenegrin side, Heceg-Novi. We couldn’t understand all the shouting and hand gestures going on at that stop, but it now became apparent that our bus driver knew the border crossing would be long and wanted to get on the road ahead of the other driver. It’s dog eat dog out here and our dog lost that battle.

But arriving in Dubrovnik a bit after noon was worth the slight inconvenience as we settled into our home for the next three days, sat on our balcony gazing out over the Adriatic, savoring the gentle Mediterranean breezes and taking in the beauty of Dubrovnik. 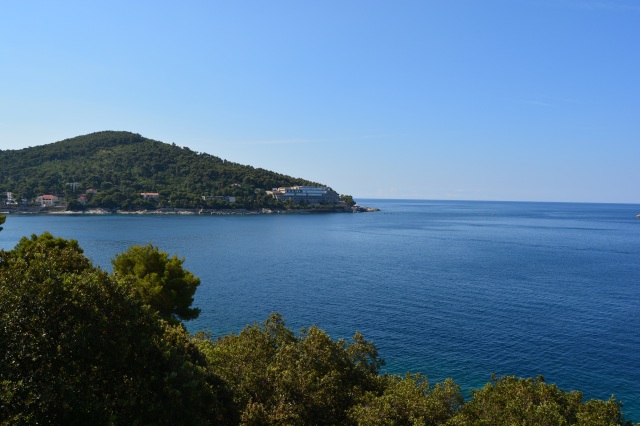