Gibraltar: The Rock, Macaques and Shopping

The other day, I was thinking about the movie tough guys from my youth and how their first names were consistent with their persona. Incidentally, this has nothing to do with Gibraltar. There was Douglas, Lancaster, Wayne and McQueen. First names: Kirk, Burt, John and Steve. Strong names. Compare them with Schwarzenegger, Stallone, Stratham and Van Damme. Arnold, Sylvester, Jeremy and Jean-Claude sound like they should be hairdressers. Oh well, on to Gibraltar. 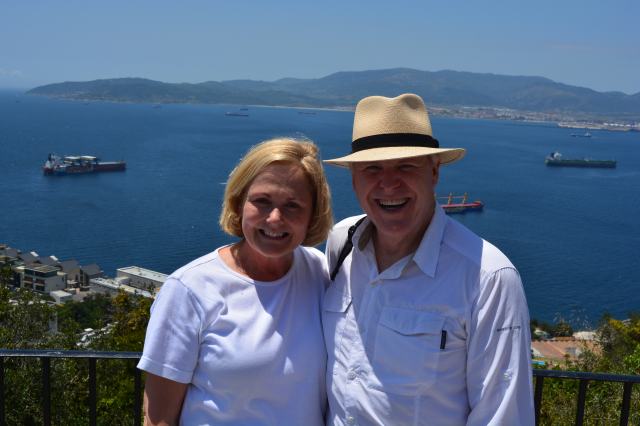 Gibraltar is one of those geo-political anomalies that show up here and there in our world. At the very southern end of the Iberian Peninsula, it was given up by Spain to Britain under the terms of the Treaty of Utrecht in the 18th century. I think Britain would just as soon give it back to Spain but every time there’s a referendum, Gibraltarians vote to remain British. Gibraltar’s only access is either by sea or by walking or driving across its airport runway coming from mainland Spain. 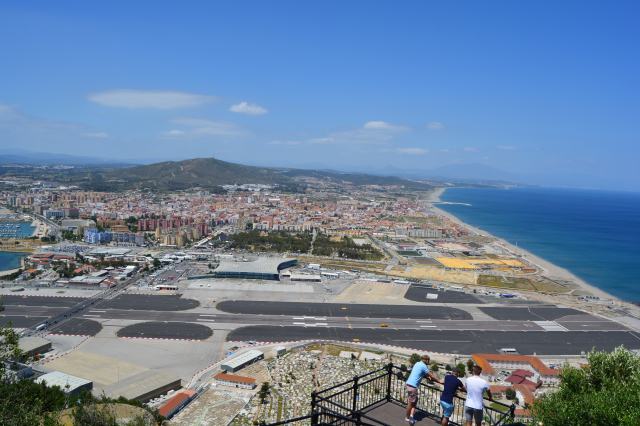 It’s a small place with its own currency, the Gibraltar pound, which is only good on Gibraltar. Its main sources of income are from VAT-free shopping, bunkering of cargo ships and from tourists eager to ascend the Rock of Gibraltar, either by cable car or mini-van, to tour the Rock’s myriad of tunnels and caves and to see the Macaques aka Barbary Apes. Legend has it that the Brits will never leave Gibraltar until the last Macaque dies. Needless to say, the primates are protected, fed and breeding is encouraged. The apes tolerate the hundreds of daily visitors to the Rock but aren’t necessarily very friendly and can be aggressive if they feel threatened. They’ll grab a water bottle or anything that even looks like food right out of your hand. 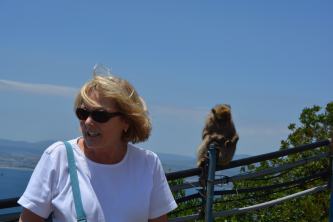 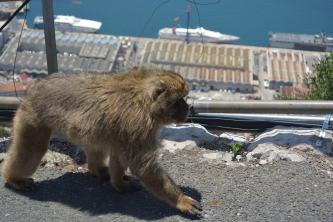 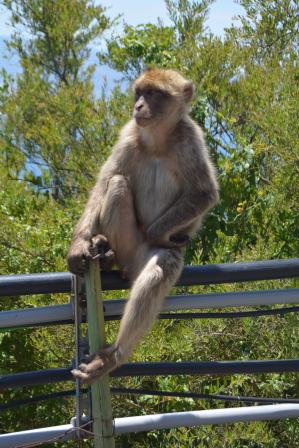 But the real draw to Gibraltar is shopping for bargains on items like perfume, designer sunglasses and anything else southern Europeans like to buy tax-free. We’ve been to Gibraltar in both summer and winter and it is always packed. Still, it’s worth a visit, especially if you crave an English beer. 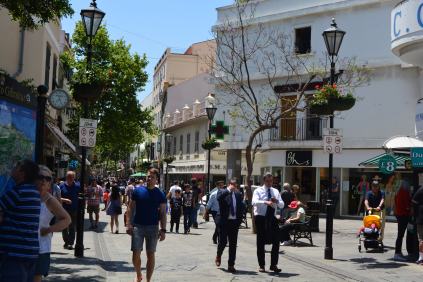 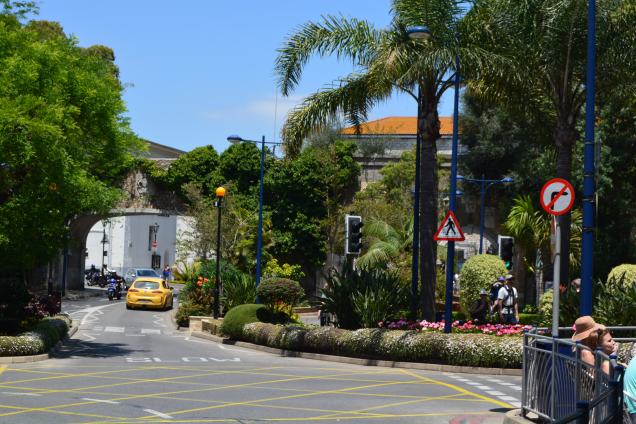