With the around-the-world trip behind them, the traveling maniacs decided to spend 10 days in Florida before heading home. So many people we had met on our trip were from Florida, so we thought we’d give it try.

First stop was the Kennedy Space Center at Cape Canaveral.

This area is so massive that it really takes a full day to appreciate. 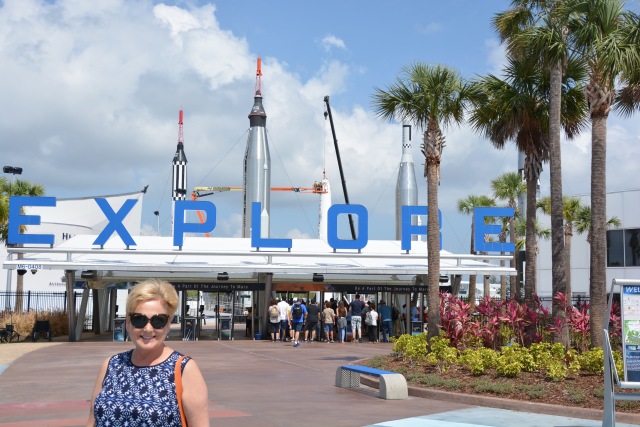 Today, the word “awesome” is so over-used that it has lost the power of its meaning. But one of the word’s synonyms, “awe-inspiring”, is a good way to describe the impact the Kennedy Space Center has on the visitor. The center gives one the chance to escape the constant barrage of political negativity that plagues the United States. It reminds us of what America can do, and has done, with unity of purpose. Maybe spending billions of dollars sending people and equipment into space has no legitimate objective. Maybe none of this advances the state of mankind. But there is simply no way to deny the amazement, the awe, of seeing these machines made by humans to propel us into the unknown. The undeniable courage of the men and women who have deliberately put themselves on top of what is literally a tube filled with explosives, allowing themselves to be hurled into space with the expectation and trust that they will return to earth alive is truly “awesome”.

US Astronaut Hall of Fame and Rocket Garden 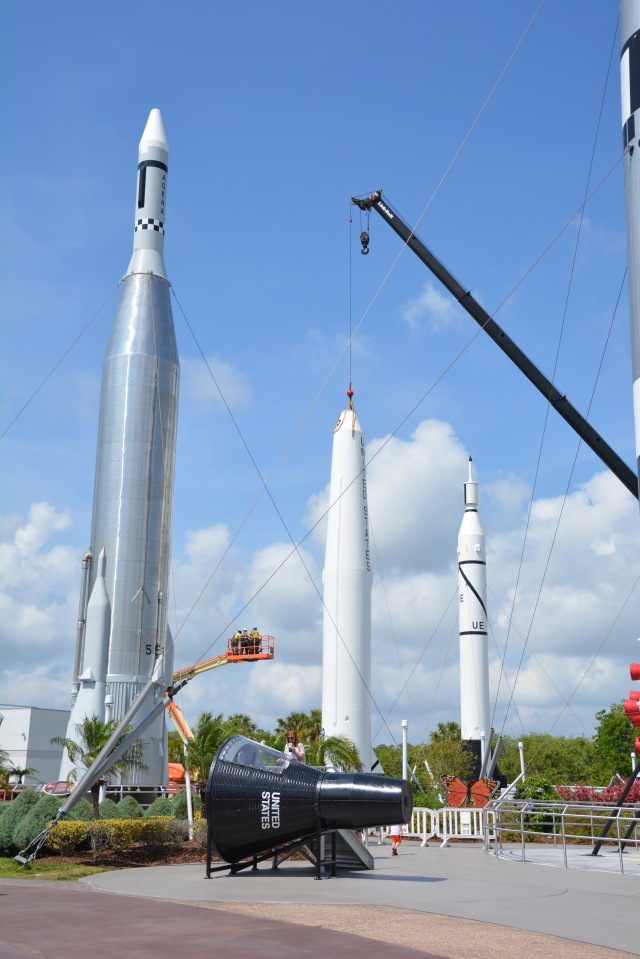 20-story building where the Mars rocket is being built 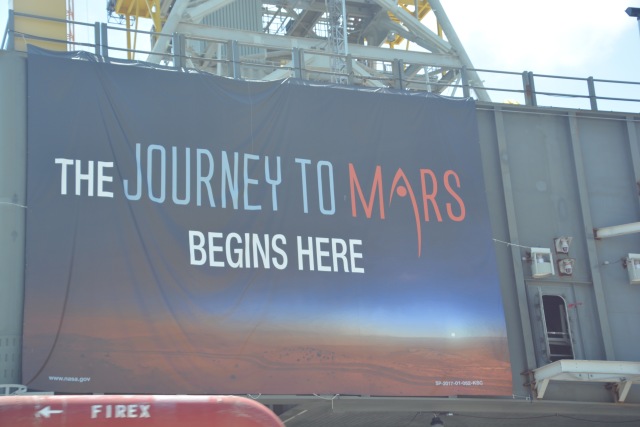 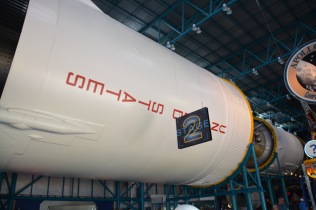 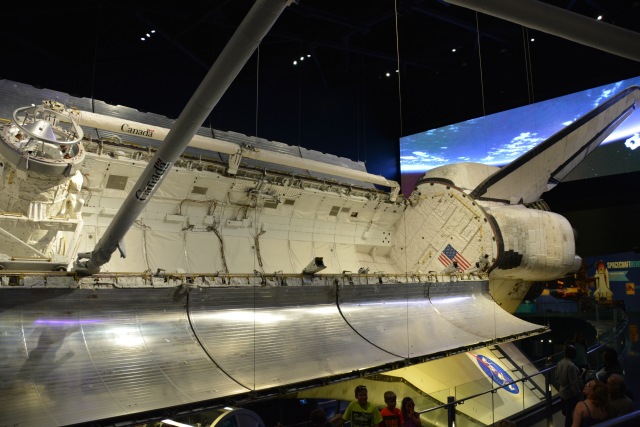 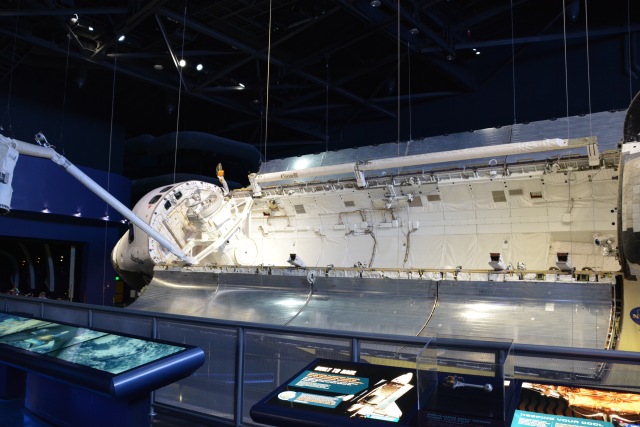 We visited KSC on a Saturday and only missed experiencing an actual launch by a couple of days, a Space X rocket preparing to blast off on Monday. We did see the rocket on its pad getting ready to blast off and were able to watch it live on TV a couple of days later. The mission was to launch a top-secret “reconnaisance” satellite. But the most amazing thing about this particular launch was the return to earth of the solid fuel booster. Here’s what we’re talking about: notice the two white solid fuel boosters on the space shuttle rocket.

Normally, after the payload is about to be placed in orbit, these re-usable boosters drop off, re-enter the atmosphere and land in the ocean. That was the case in the space shuttle launches and the boosters then had to be recovered, an often tricky and dangerous phase of the operation.

With the Space X launch, the payload sat atop one of these boosters. After the booster dropped off and began to re-enter the atmosphere we watched in amazement as the booster was maneuvered as it fell so that it landed exactly on the landing pad where it had been launched several minutes before! No more ocean recoveries. It was absolutely incredible. Then all the Space X team needs to do is re-fill the booster, give it a new paint job and it’s ready to blast off again. Well, maybe not that simple but you get the idea.

4 Responses to Kennedy Space Center: A Day Filled With Awe