A few weeks ago we took a roughly 2-hour drive from Ljubljana, Slovenia to the small 5,000-person town of Sevnica, where Melania Trump grew up. We had read that the town was trying to capitalize on its famous former resident and we had to check it out. Like investigative reporters, we also wanted to ask some of the locals, first-hand, what they thought about the former Melania Knavs.

First of all, Sevnica is not particularly quaint, pretty nor noteworthy.

There’s one main road running through town and a secondary street, shown here, that parallels it. Sevnica supports itself through agriculture, its underwear factory and as a base for hikers and outdoor enthusiasts. Getting there involves taking sometimes narrow country roads, often heavily used by tractors and farm equipment. Other than being the childhood home of Melania, its other primary claim to fame is its ancient Sevnica Castle, now housing a museum, event rooms and a sandwich and gift shop.

The castle was virtually deserted and one of the workers at the sandwich shop had to find the woman who leads visitors on tours to assist us. I think she was having lunch. She soon greeted us warmly and took the time to show us the various rooms, including a fire department display, a local artist’s works and a re-creation of an old schoolroom. Our tour ended in the gift shop where “First Lady” wine, chocolate and salami are on sale. We had read that Melania had hired a Slovenian law firm to protect the use of her name and image in promoting products, so the more general term “First Lady” appears to be OK. 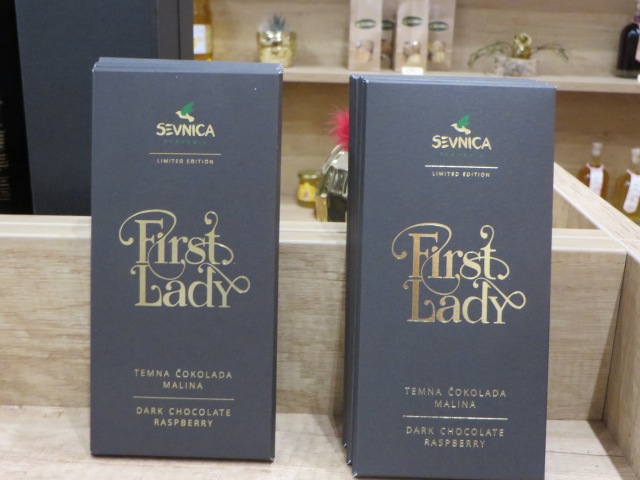 Later, we had lunch at a local joint which featured the “Presidential” burger, which also must have appeased the lawyers, who either missed, or just didn’t care about the whimsical, if not cheeky, inclusion of a piece of dried cheese ornamenting the top of the burger bun. 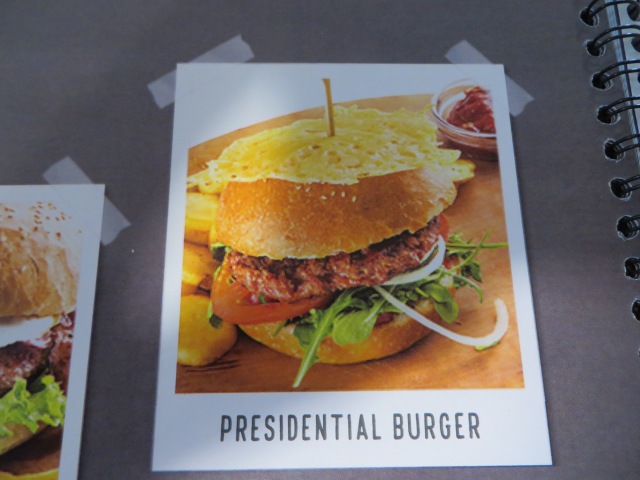 Some of the comments we got:

From the tour guide at the castle—When we commented, “Sevnica must be very proud of Melania”, we got a simple “yes”. When Tanya asked, “Do little girls in Sevnica now want to grow up to be like Melania?”, the response was, “No, not really. They’re happy that she has achieved what she wanted, but they don’t want to be like her.” When asked if Melania has been good for business in Sevnica, the guide told us, “Yes, definitely. We get visitors from all over the world because of her.” This was nearly the identical response we got earlier from the lady who runs the local bakery shop, despite that fact that, in the middle of tourist season, we seemed to be the only foreigners in town. Maybe, for Sevnica, having more than two visitors a day is considered big business. 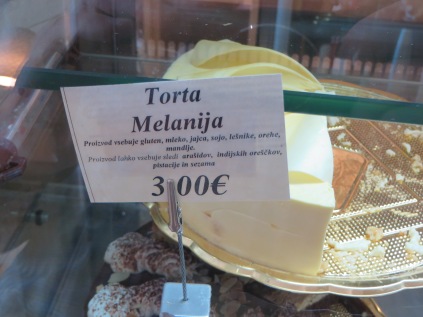 The two people who run the local tourist office helpfully gave us a map of town and highlighted on it various Melania sites, including the apartment building where she grew up  and the local school she attended. 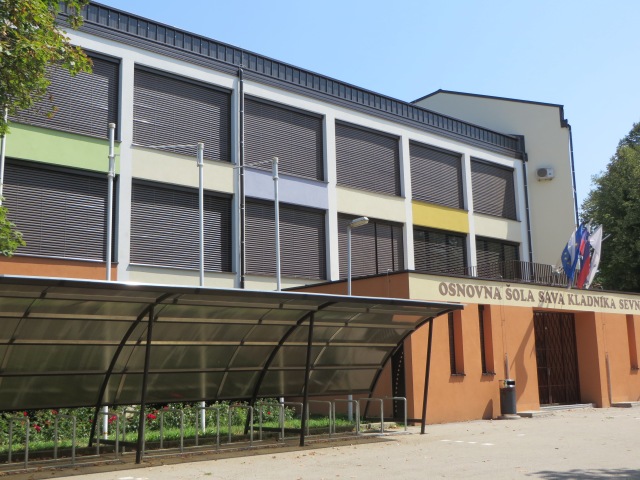 But the tourist office was hoping we would take time to not only see all things Melania but also to visit the local castle and spend time in Sevnica to enjoy a hiking holiday. 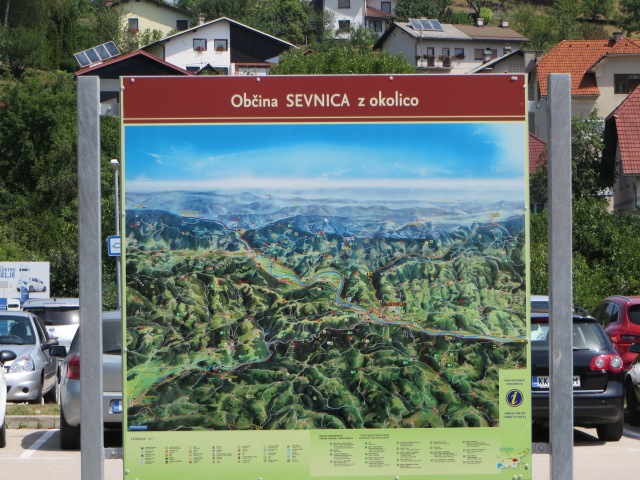 It was hard to get a good read on how local residents feel about Melania. We got the sense that they really didn’t care that much one way or another. We didn’t sense they were especially embarrassed or proud of her. It was more like, “OK, yeah, she grew up here. Big deal. She never came back. She got what she wanted. Good for her.” (our quotes)

4 Responses to Sevnica, Slovenia: The Town Melania Left Behind