Ålesund, Norway is one of those places on earth where the description “picture perfect” easily applies. Established in early 19th century, the town of 50,000 is the most important fishing harbor in Norway. Since the North Sea oil boom began in the 1970’s, Ålesund has become an important hub for building ships associated with the oil industry, but fishing is still important here. 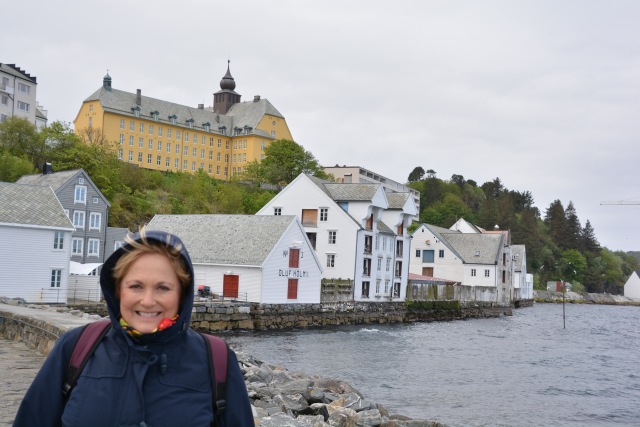 But the two most striking things about this place that Tanya and Jay discovered were 1) the consistency (some might call it boring) of its architecture and 2) the wholesomeness (again, some may say boring) of its people. The relative sameness of its buildings can be explained by the fact that many were built between 1904-1907 after most of the town was destroyed by fire. As for the people—on a short visit we obviously weren’t able to take a wide sampling—those we met were just so “small town, down home” if that makes any sense. We particularly enjoyed chatting with some local high school girls who seemed so excited that they could actually visit with some people who weren’t from Ålesund. 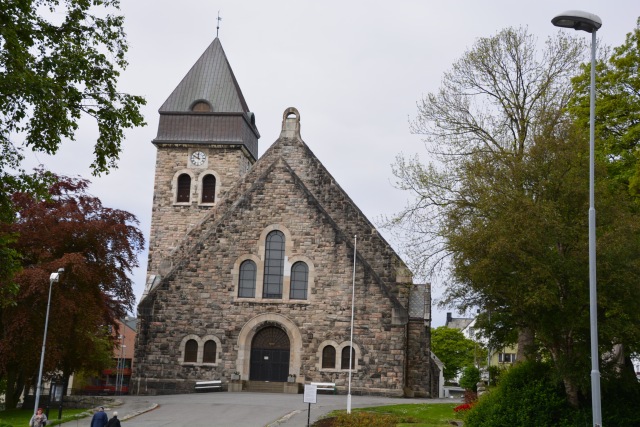 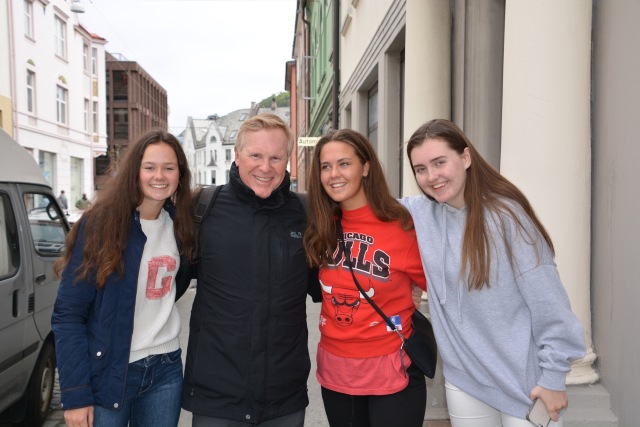 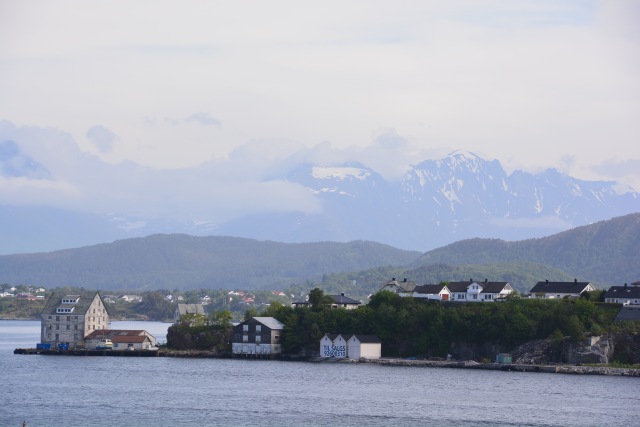 The town reminded us a bit of a Norwegian version of Garrison Keillor’s “Lake Wobegon”, where all the women are strong, all the men are good looking, and all the children are above average.