Bingen: Jazz and a Tale of Two Cities

A few weekends ago, we spent the day in nearby Bingen am Rhein, for the 20th annual “Bingen Swingt” jazz festival. We only caught the last two acts of the 3-day festival but it was a fun time. We enjoyed the Frankfurt Big Band, who played some really dated Benny Goodman arrangements. While the musicians were enthusiastic, they really should keep their day jobs.  Nonetheless, the fans seemed to really enjoy them.

The fans themselves were similar demographically to most other jazz fans we see and the festival vendors made sure they were well-supplied with beer, wine and food. 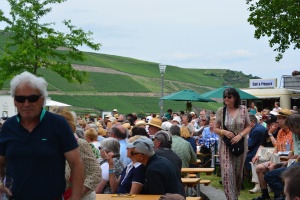 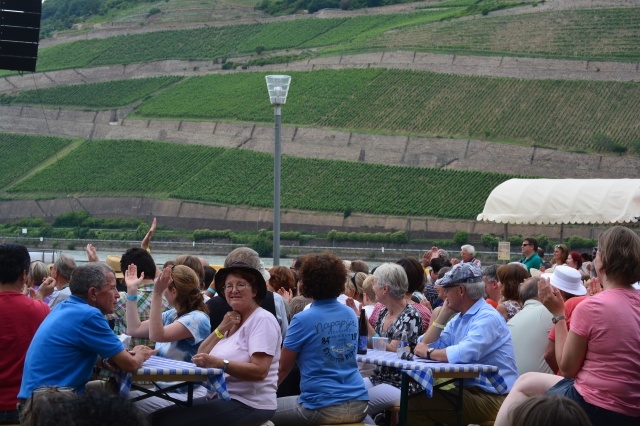 The real crowd-pleaser however was a piano player/singer/entertainer from Hamburg, Joja Wendt. He was clearly the artist most people had come to see that afternoon and he really tore them up with an encore of Jerry Lee Lewis’ “Great Balls of Fire”. 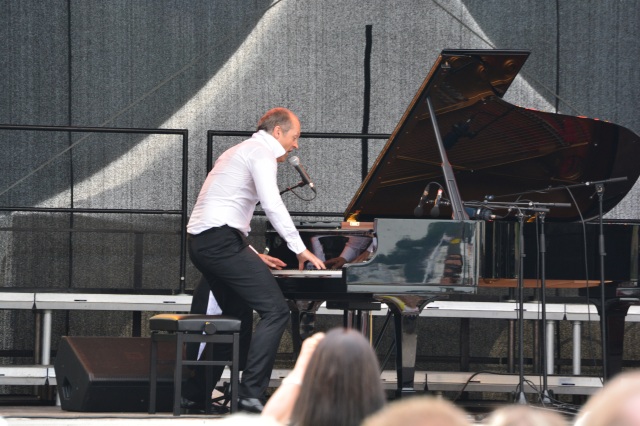 OK, you’re probably asking (or at least I hope you’re asking) is “what does this have to do with a tale of two cities. Well, for those of us from the Pacific Northwest, we probably have heard of the town of Bingen. But our Bingen (pronounced BIN-JEN) is a tiny town of 712 people located on the Washington side of the Columbia River. I did a little research and our little “Bin-jen” was founded by a German-born immigrant by the name of Theodor Suksdorf. He a

nd his brother, Philip, started the town in 1892 and named it after the German town, Bingen am Rhein (pronounced BING-EN). There’s no evidence that the Suksdorf brothers ever lived in the German Bingen since Theodor came to the US when he was only four years old. Theodor lived in Bingen, WA until his death in 1948 at the age of 94. There still are Suksdorf relatives living in the town.

The German Bingen, on the other hand has over 26,000 people today and was first started in about 236 AD.

What the two towns do have in common however is that they both are along the shores of major waterways, the Columbia and the Rhine, and they are both located near major wine-producing areas. It also appears that the two Bingens are sister cities, but the three Bingen residents we spoke with had never heard of the Washington Bingen. They smiled politely though and tolerated Jay’s enthusiasm.

1 Response to Bingen: Jazz and a Tale of Two Cities