The Hills Are Alive

Jay has never been a big fan of “The Sound of Music”. Not that he d

idn’t like the movie, which he only saw once on TV, years ago. It’s just that in 1965, when the movie came out, he had a lot of other priorities, like finishing high school and everything that goes along with that time of one’s life. Tanya, on the other hand, is a SOM fan. So when we were in Salzburg, Austria on July 4th Tanya convinced Jay to take a 4-hour “Sound of Music Tour” which included visiting several of the sites around Salzburg where the film was shot. He has to admit that, corny as it was, the tour was really fun. There were six of us, all Americans, in a van driving around the countryside on a beautiful, warm summer day. Of course, at one point along the way our driver/guide, Bernie, had to play the soundtrack from the movie in the van, urging us all to join singing “Doe, a deer, a female deer…..”

Never mind that the gazebo from the Van Trapp mansion had been moved to another location, that the field we saw was actually the alternate for Julie Andrews number, “The Hills Are Alive” since the farmer who owns the real one is tired of tourists coming by, and that many of the sets from the film were actually shot in Hollywood. We ignored that fact that the real Maria married Captain Van Trapp in 1927, well before the Nazis annexed Austria in 1938, and that the family escaped by hiking a few hundred yards to the train station, heading to Italy, instead of climbing the Alps into Switzerland, which would have been a five-hour drive. But we did see the church where the film marriage, and actual marriage, took place and some stunning countryside. 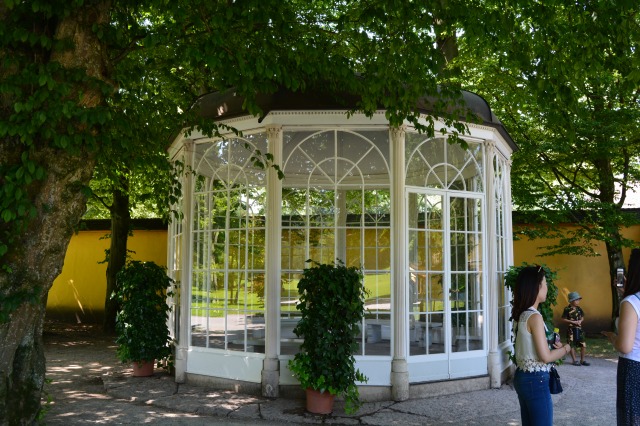 The gazebo from the film 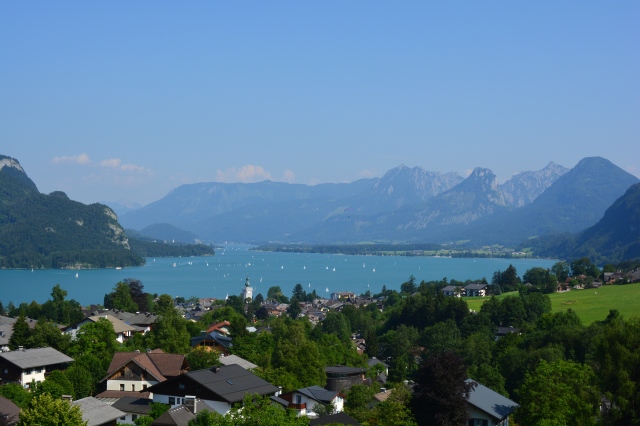 The church where Maria and the Captain were married

The Van Trapp mansion from the film. Now a 5-star hotel.

Tanya with a new friend

But the real highlight for us was riding a luge down an Alpine hillside. We both felt our “need for speed” as we tore down the course a couple of times. Unfortunately, no one took our pictures but this stock photo gives you an idea. This really made the hills alive! 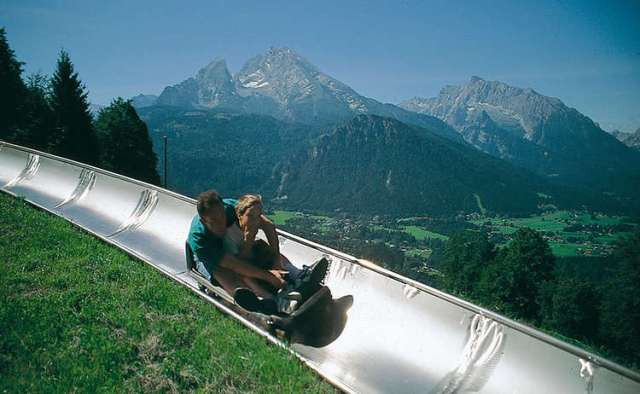