Going Down the Drain in Paris

Ah, Paris. The City of Light, of romance. The most popular city in the world for people seeking love, joy, beauty and the chance to tell their friends that, yes, they were in Paris last week. OK, that’s all fine. The Eiffel Tower, the Orsay, the Louvre, Notre Dame. All worthwhile things to see. But once you’ve experienced all that, what’s left? I’ll tell you what. It’s the SEWER!!

There are over 2 million people living in Paris. Plus, the city gets over 32 million tourists each year. All these people are busy eating, drinking, showering and doing their daily business. Parisians and visitors alike just go merrily along flushing without a care. Well, where does all this waste water go? It has to go somewhere. So, Jay did a little investigating to see for himself. Because it was his birthday, Tanya indulged Jay’s enthusiasm and accompanied him on one of the most interesting tourist sites in Paris, Des Egouts de Paris. 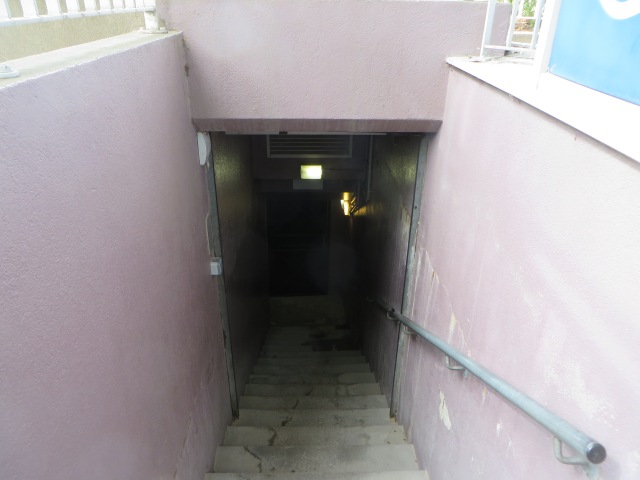 Flushed with excitement, we entered the doorway to this underground paradise. Where else can you get such fun for €4.40?

I like to think of the Paris sewer as a metaphor for France itself. I’m not referring to the country going down the drain. No, I mean how the sewer represents the whole concept of Liberté, Égalité, Fraternité. Just think of the equalizing effect the sewer has on the French psyche. Whether one is a politician, rock star, fashion model or just plain Jacques dans la rue, your effluent is all the same here. It’s just one big, flowing, brown river of waste. It matters not who generated it.

The Paris Sewer Museum does an adequate job of telling the story of the Paris sewer through several displays, photos and mannequins of diligent sewer workers going about their tasks. One can imagine how Ralph Kramden’s neighbor Ed Norton spent his days. 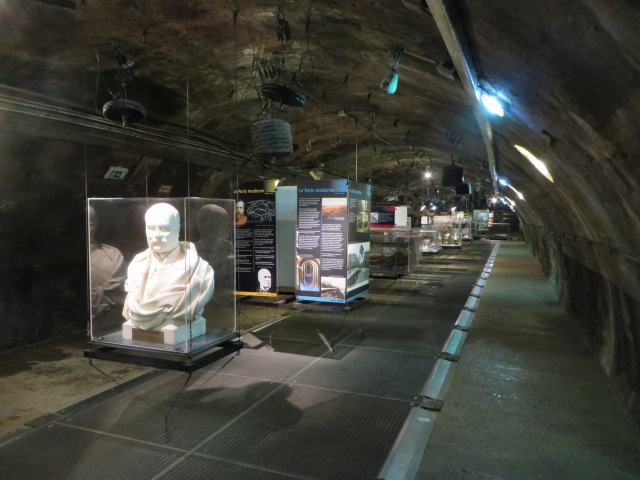 And, what proper museum doesn’t have a gift shop strategically stationed at the end of the tour, complete with showcase of souvenirs like this life-size rat.

The sewer does smell, well, like you’d imagine a sewer should smell. But the lone gift shop employee, who endures this all day long, doesn’t seem to mind.

Now, we never did really determine where all this stuff ultimately goes. I assume there must be some wonderful master waste treatment facility somewhere down the line, presumably out in the ‘burbs somewhere. But, for Jay, just experiencing this segment of the product’s journey was enough. As we emerged from the bowels of the city, back into the April Paris sunlight, Jay had a new appreciation for what lies under the City of Lights. Tanya was just happy to be above ground again. Now, off to lunch.

1 Response to Going Down the Drain in Paris