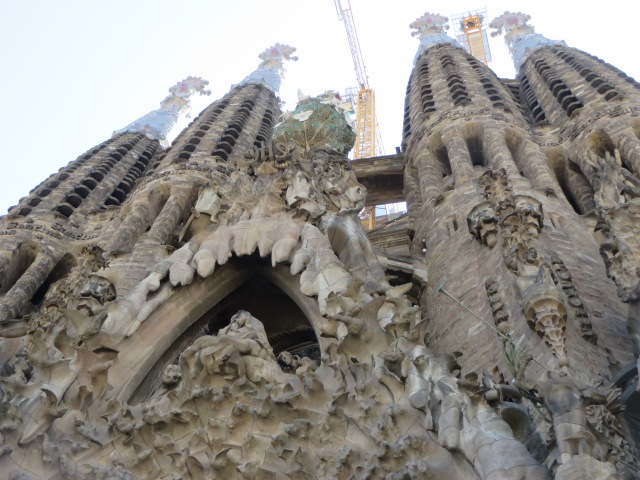 OK, Jay and Tanya understand that Gaudi is widely regarded as an innovative architectural genius. And Sagrada Familia in Barcelona, still under construction, is considered his crowning achievement. The interior of the cathedral is designed to represent trees growing to heaven. The branches and canopy growth and the bright windows are supposed to bring the outside in and the entire structure is built in a way to bring in lots of natural light. “There are no straight lines in nature”, Gaudi said, and his cathedral reflects lots of curves. 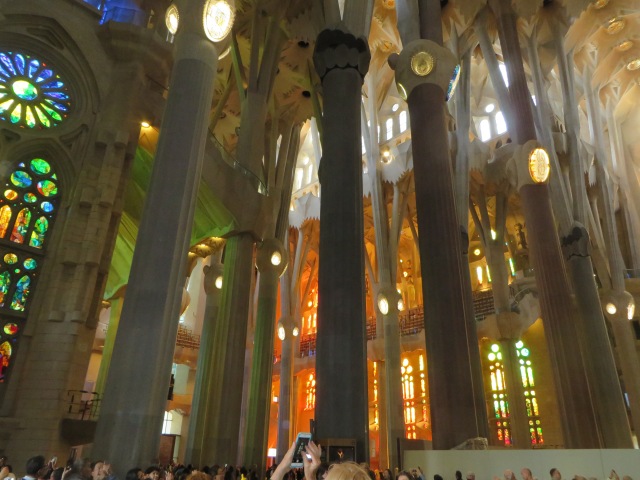 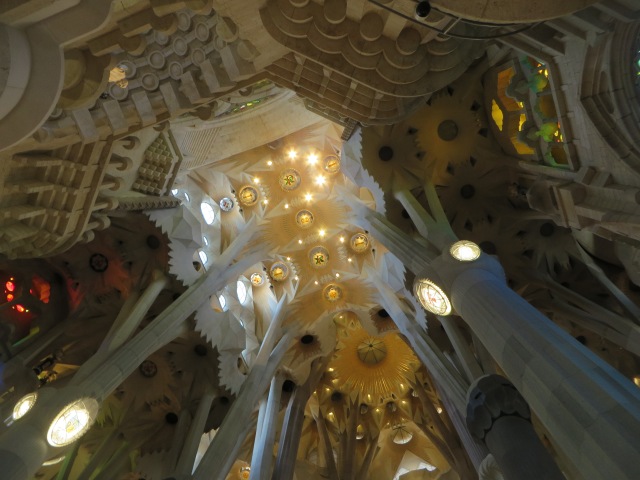 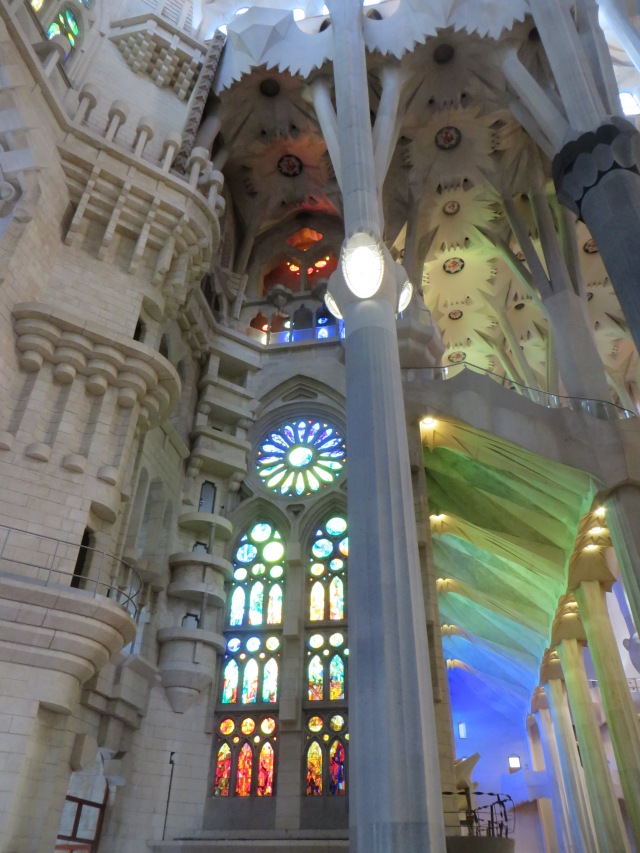 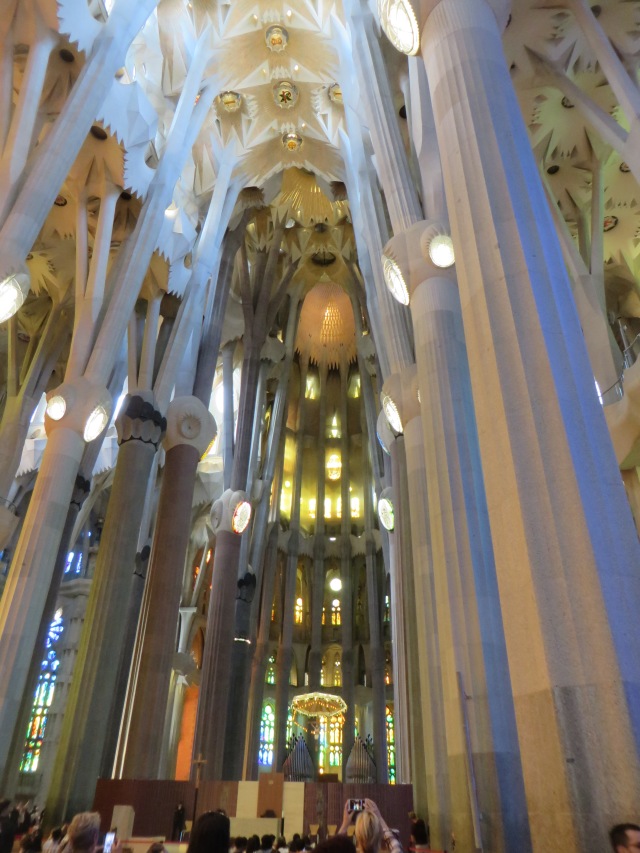 But there was something very disturbing to us about the structure. Somehow, it looks more cartoonish than anything else. Portions of the exterior remind us of a bad acid trip or something made of wax that has melted. Perhaps it is Jay’s Nordic German background but this whole thing just seems wrong, even sacrilegious. Christianity is full of suffering, pain, guilt, and original sin, with the only hope for man being to receive redemption through the grace of God. That’s what most Christian churches illustrate. We don’t see any of that here. It’s almost like Gaudi is making fun of traditional Christian churches and he’s laughing at us. Sagrada Familia is just a mess that has turned into a decades long enterprise with its completion date forever being pushed into the distance. But the crowds flocking here are immense, as is the admission fee, and it continues to be a major draw to visitors to Barcelona. We just didn’t get it. 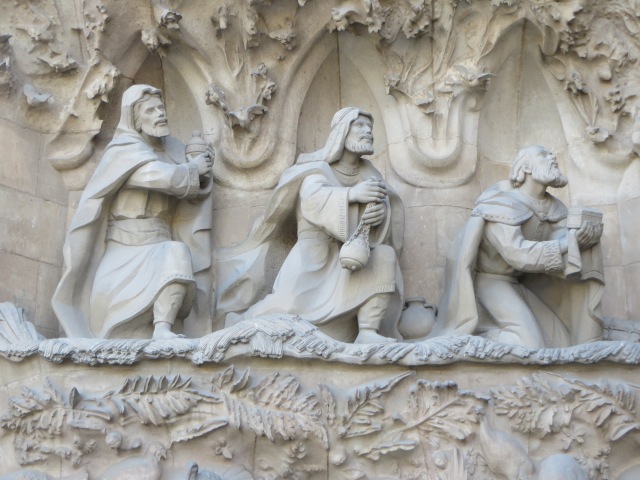 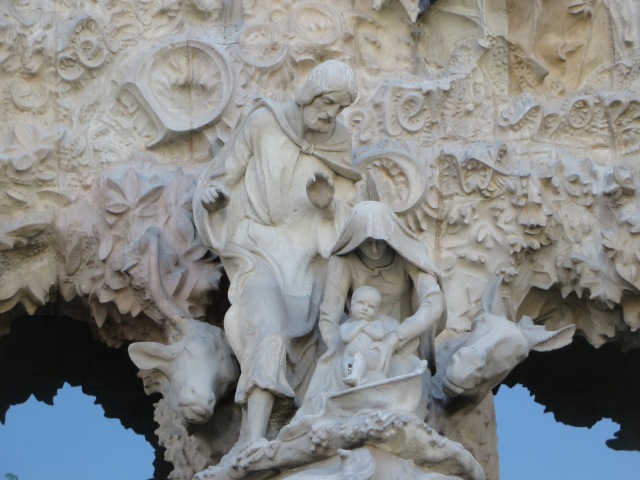 3 Responses to Disturbed at Sagrada Familia