High in the hills, northwest of Barcelona, lies the spiritual home of the Catalan people, Montserrat. The monastery, home to around 50 Benedictine monks, is a focal point for pilgrims and others. Even though the monastery has been rebuilt and expanded a few times, and was destroyed by Napoleon’s troops in 1811, monks have worshiped here since 900 AD. 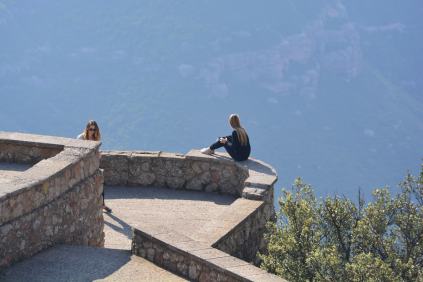 When Tanya and I visited the monastery and its beautiful basilica, we had to rest our hands on the orb held by the statue of the Black Virgin, a carved figure of the Madonna, which has blackened over time by candle soot and humidity. According to Rick Steves, the story is that it was carved by St. Luke and then brought to Spain by St. Peter. Then the statue was allegedly hidden in a cave during the Moorish invasions and then miraculously discovered by shepherd children in the Sacred Cave in the 12th century. Rick points out that carbon dating has determined the statue is 800 years old, which just happens to coincide with the time of its discovery. Oh well, never let the facts get in the way of a good story. 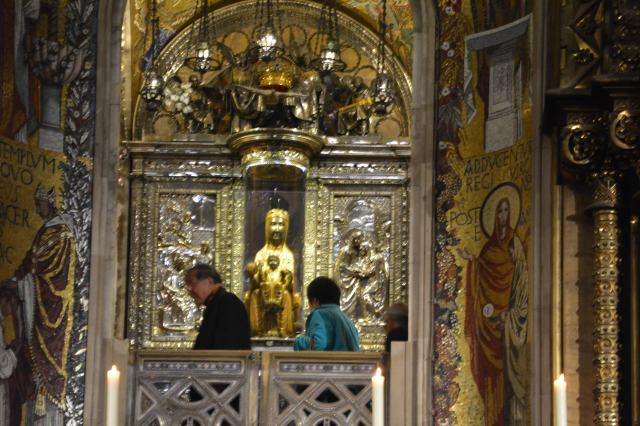 Despite the large number of visitors, the quiet natural beauty of Montserrat on a warm spring morning was wonderful.