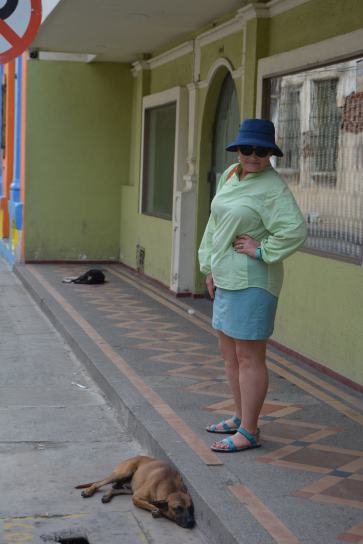 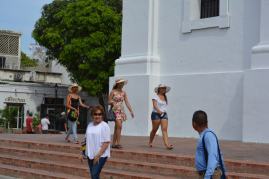 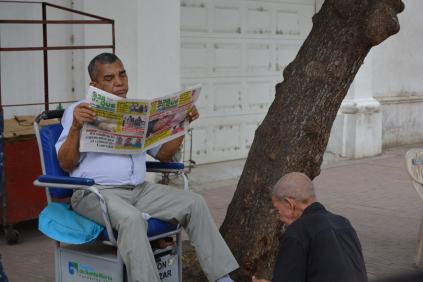 We spent a lazy Colombian Saturday in the northern port city of Santa Marta. This is the second city in Colombia we’ve visited lately and we still cannot find the elusive Juan Valdez. As any child of the 50s and 60s knows, Juan Valdez was the secret Latin boyfriend of the matronly Mrs. Olsen in Folgers coffee commercials. Mrs. Olsen’s guests always asked for a second cup of coffee—“Mrs. Olsen, my husband never asks for a second cup”. Jay always wondered what was in Mrs. Olsen’s Colombian coffee, “mountain grown in the flavor zone”, that made it so popular. Since coffee is only one of Colombia’s major cash crops, it was an easy assumption that perhaps there was something else in that coffee, perhaps something added by Juan Valdez’s evil twin brother, Hector.

In any case our search for the famous Juan, and Hector, proved fruitless in our wanderings around Santa Marta. We did, however, stop into a little joint called “Lulo’s” for a couple of tasty fresh lemonades and a traditional Colombian lunch. Along with free WiFi, the total bill was $9. Not bad. Oh, and the coffee was pretty good too.

1 Response to Santa Marta, Colombia: In Search of Juan Valdez