It is impossible to visit all the shrines, temples and palaces in this historically and culturally important Japanese city. So, in the limited time we had, after taking the train from Osaka, Tanya and Jay decided we would use the efficient Kyoto city bus system and visit a few of the highlights. Our first stop was the visitors center at the train station. Wherever we have traveled on this short trip to Japan, we have been impressed with the help we’ve gotten from the folks working at these information centers. The many important sites in Kyoto are spread out all over the city and, after telling the gentlemen at the TI (tourist information) how much time we had, he outlined for us on a city map a logical travel plan and which bus lines to take from which stop. We bought our 500 Yen daily bus passes and off we went.

Much of our time was spent at the UNESCO World Heritage site, Nijo Castle. 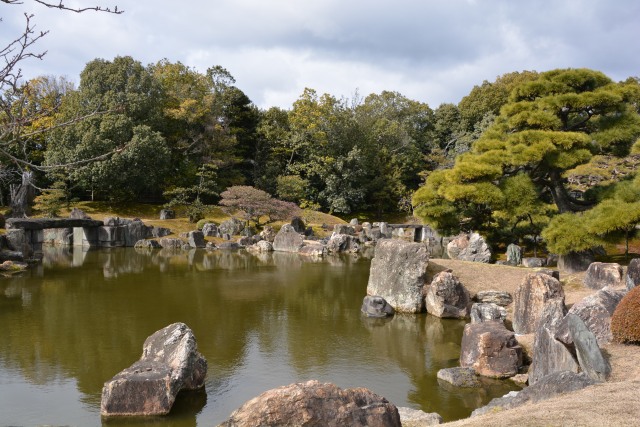 While strolling around the grounds, Jay noticed a couple of young ladies posing for each other in their kimonos. They were delighted when Jay offered to take their picture together and he got a few mug shots in with them.

After Nijo Castle, we took another bus to probably one of the most photographed sites in Japan, Kinkaku Temple, also often called the Golden Pavilion. The temple, a World Heritage site, was once a villa owned by the shogun Ashikaga Yoshimitsu in 1397 and is now a Zen Buddhist temple. Lacquered gold foil covers the structure and, with the surrounding gardens, it can be a very peaceful place to visit. Of course, there are often lots of other visitors who have the same idea and sometimes there’s jockeying around to get the “perfect” photo of the pavilion. We look forward to our next visit to Kyoto. 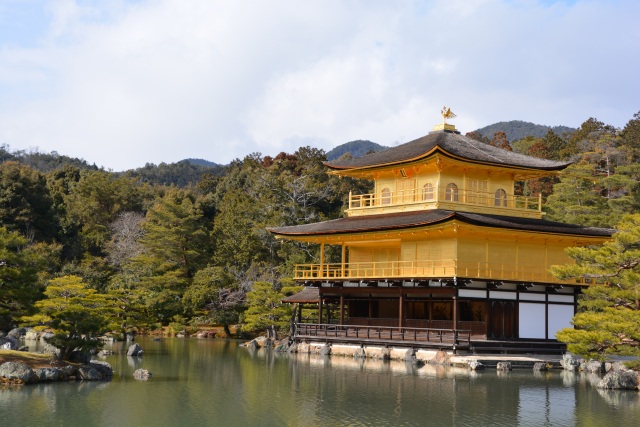