Athens is another one of those places Tanya and Jay had not visited for a few years, so we looked forward to seeing what had changed from before. On the old front, the monuments are still there (surprise, surprise). The Temple of Zeus is just as it has been for centuries and the Acropolis is still a massive jumble of rocks with the never-ending project of restoring what’s left of the Parthenon still underway. 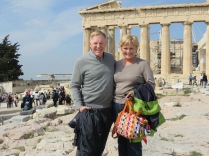 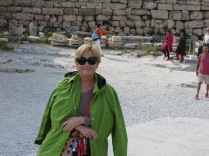 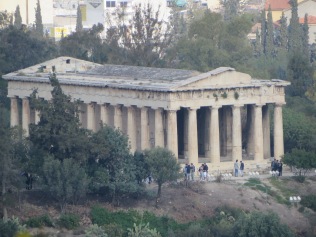 And, despite the never-ending fiscal crisis in Greece, people still go about their daily business in the face of economic uncertainly. 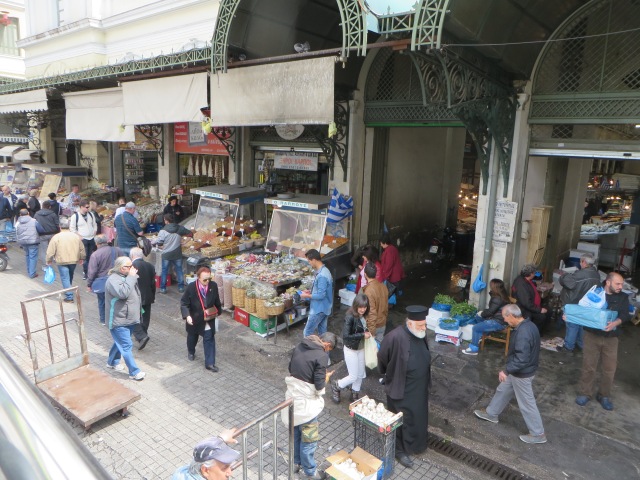 What’s new is the fabulous Acropolis Museum with its modern steel and glass providing a counterpoint to the ruins above. 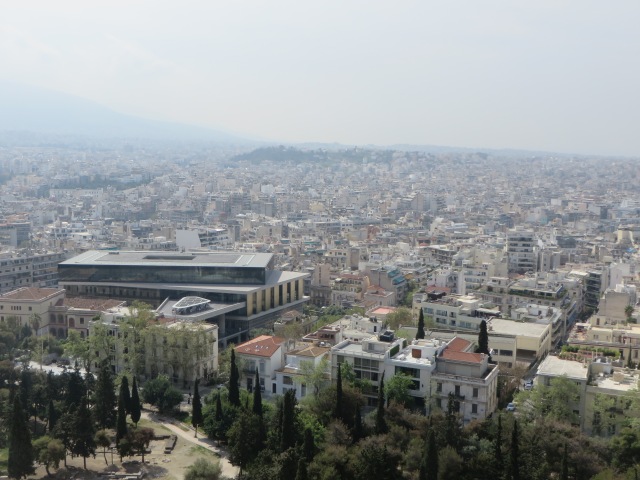 The entry plaza to the museum features glass flooring where visitors can look down at some of the layers of ruins of Greek civilization.

Despite the snazzy new museum and the overall improvement around the Acropolis area, Athens gives the impression of a city in decline. The comparisons between the gradual downfall of Ancient Greece and those of modern Greece are everywhere. There’s no way to sugarcoat what the visitor experiences in today’s Athens. Graffiti is everywhere—layers upon layers of graffiti, just as there are layers upon layers of ruins from successive civilizations. Empty storefronts, broken-down buildings and “For Lease” or “For Sale” signs abound. To add to Athen’s misery there are the waves of immigrants who have come here looking for a better life. 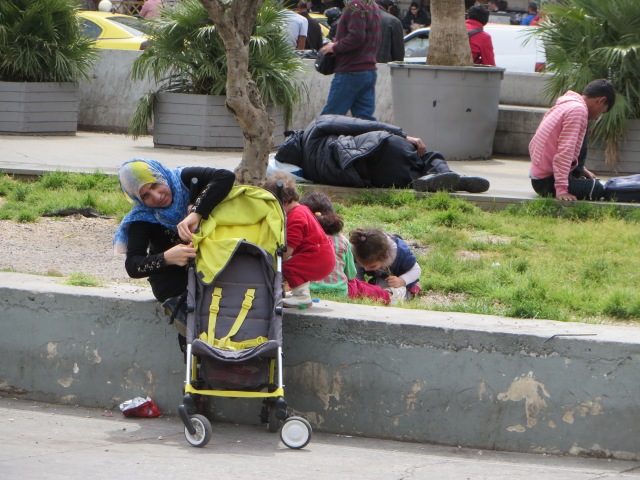 Athens is a city that still functions, but it would be incorrect to assume it is thriving. Nonetheless, it is “where Europe begins”, according to a sign at the entrance to the Acropolis, and somehow both Greece and Europe need to work together to ensure that Greece does not become the place “where Europe ended”.