The intrepid twosome rode quietly in the back of a Kiev taxi as it made its way through the gathering dusk and cold wintry haze for the 40-minute ride to Kiev’s Boryspil International Airport. After entering the airport departure area they sat down for a bowl of borscht at the sparsely furnished airport cafe. They had learned that borscht, that ubiquitous beet and vegetable soup served in virtually every eating place in Ukraine, was a native concoction. For the last week they had been told that borscht was not Russian. It was not Polish. It was Ukrainian. OK, Ukrainian borscht for two, please.

Finishing their soup, the two carefully checked out their surroundings. Here were ticket counters for airlines little known outside the US; Dniproavia Airlines, Air Astana, Estonian Air, Azerbaijan Airlines, Belavia Airlines, Uzbekistan Airways proudly or humbly took their place among Lufthansa and Air France. But these noble air carriers would have to wait for another time, as the two traveling maniacs headed downstairs to wait for the one-hour nightly Ukraine International Airlines flight to Chernivtsi.

A nighttime arrival at the small airport serving Chernivtsi was reminiscent of a previous trip to the municipal airport in Cortez, Colorado, minus the mountains. It was a fairly simple process. Get off the plane, walk across the tarmac to the small fluorescent-lit waiting room with plastic chairs and one airport employee on duty, wait for the truck to offload the luggage, go back outside to retrieve your bag from the truck and off you go. A short taxi ride later through the pot-holed and often-unpaved streets, J and T checked in to the “Allure Inn”, the “best place in town” according to the friendly cab driver. While checking in, Jay asked the hotel clerk if she was from Chernvitsi. “Yes”, she replied, “But I am Romanian—part of the diaspora.” This short exchange gave enough material for the couple to occupy the next hour before bed, discussing what exactly a “diaspora” was and what did the young woman at the desk actually mean?

Apparently, about 4% of the city’s population is ethnic Romanian, which makes sense since Chernivtsi was once part of the Kingdom of Romania after the Austro-Hungarian Empire dissolved in 1918 and until the Soviet Union made it part of Ukraine in 1940. The current Romanian border is only about 40 km away.

Over the next few days, our pair roamed the streets and suburbs of this often gritty southwest Ukrainian town, which has a surprisingly urbane past and is home to Chernivtsi State University, a UNESCO World Heritage Site. 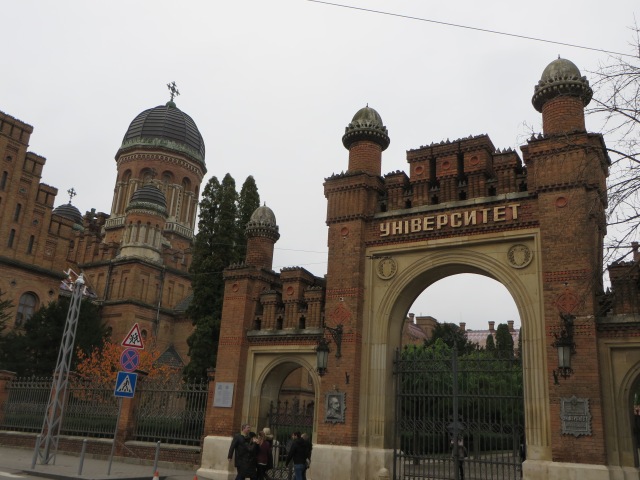 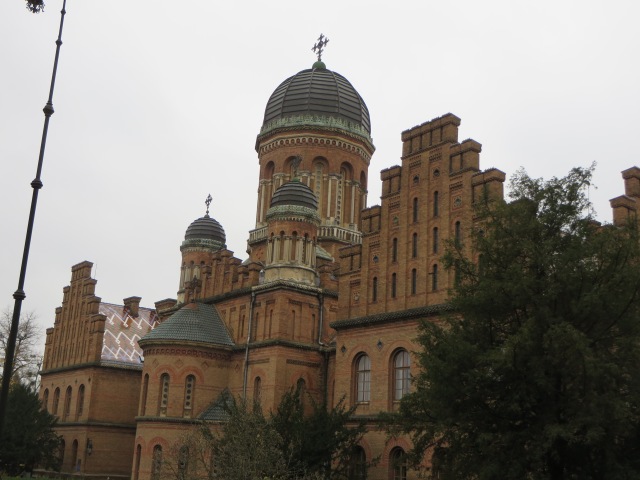 The University was once the residence of the Bukovinian and Dalmation Metropolitans (Church Bishops) and still includes the impressive Seminarska Church. Away from the university, one is never far from a church, like the St. Nicholas Cathedral, nicknamed the “drunken church” because of its twisted turrets. 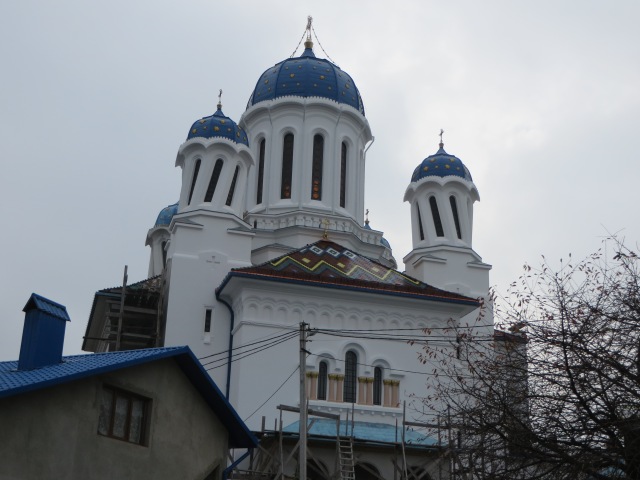 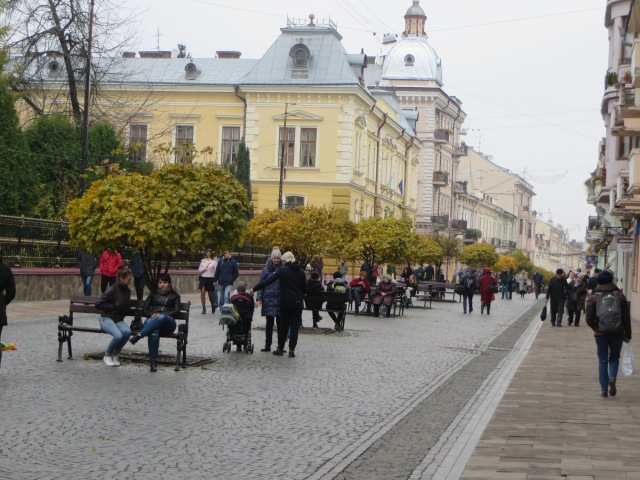 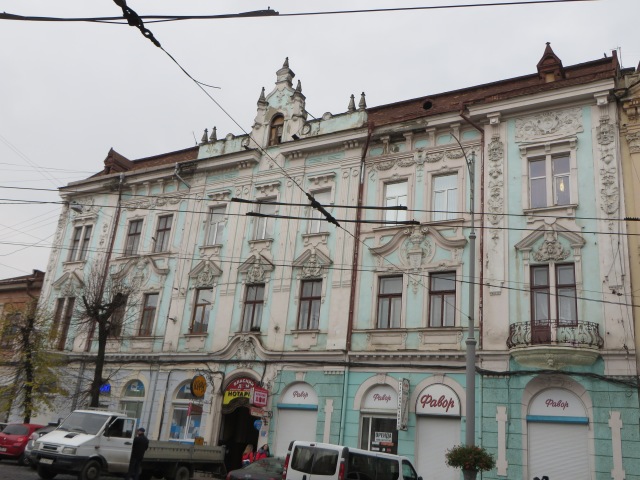 The beauty of these buildings often stands in stark contrast to the much of the rest of the city, which is more of a reminder of its not so distant Soviet past. 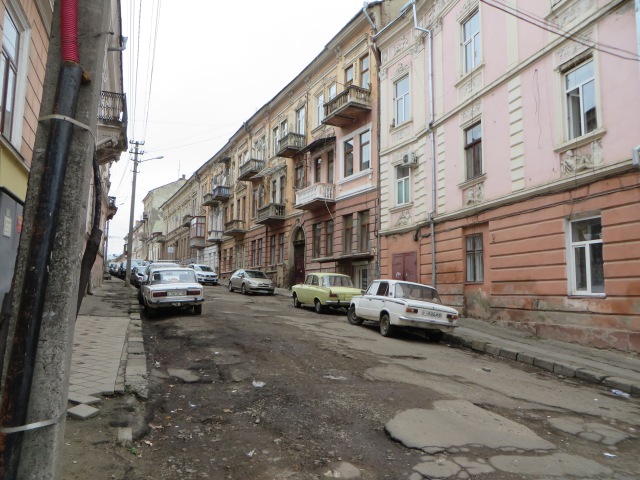 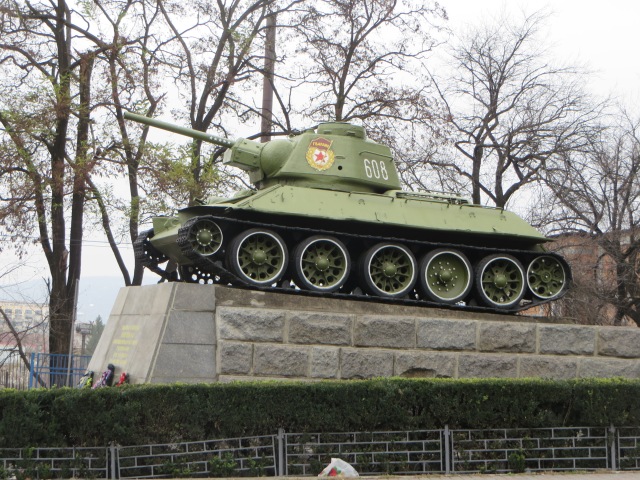 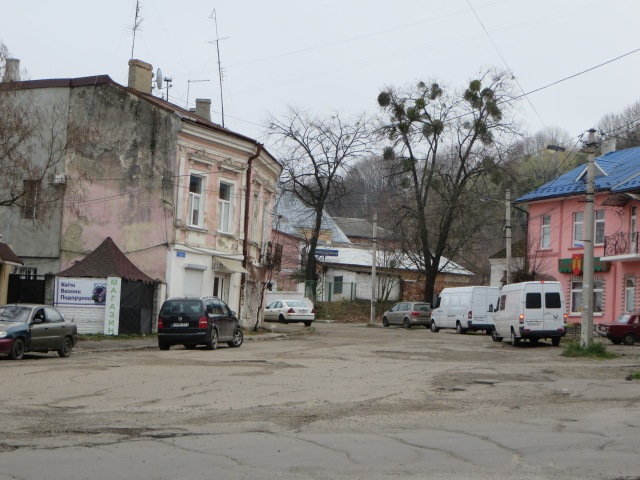 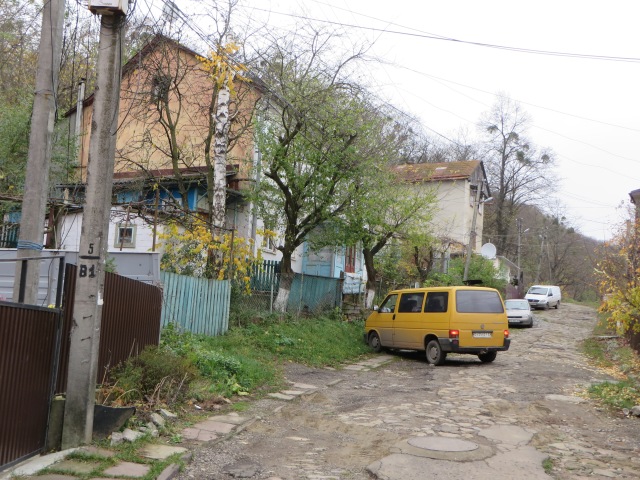 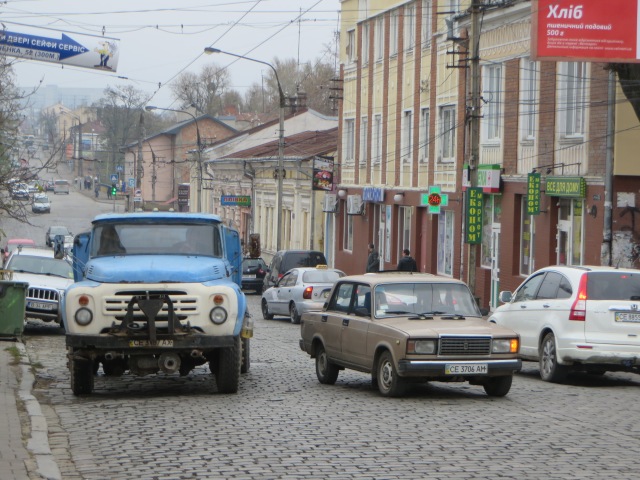 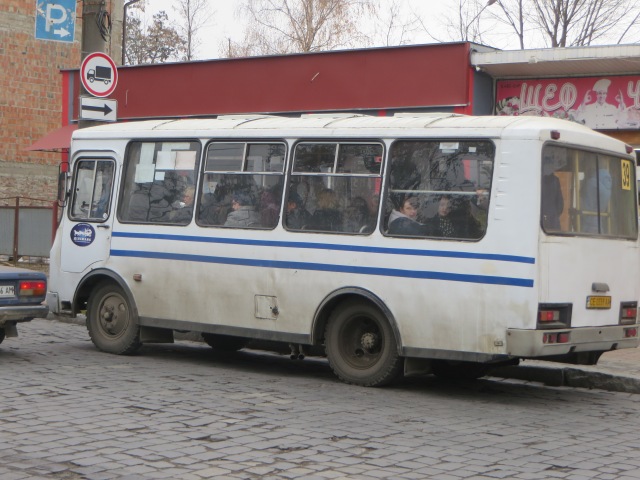 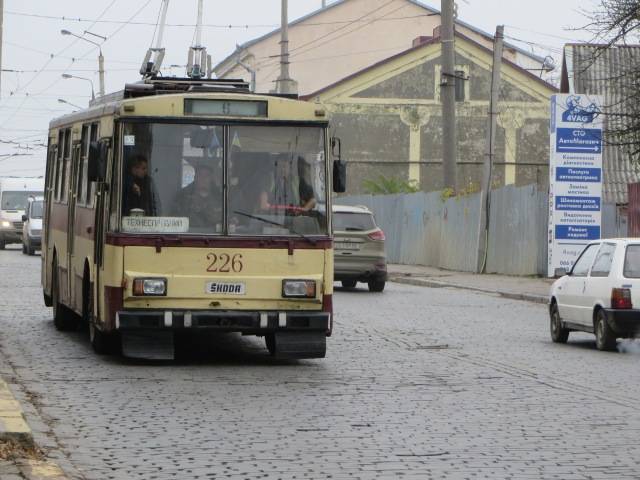 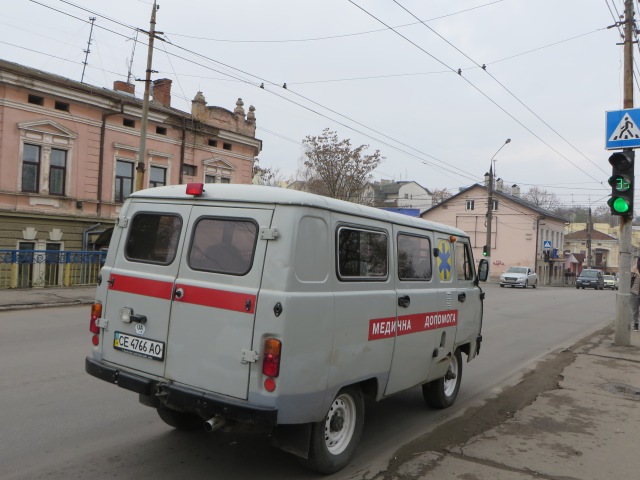 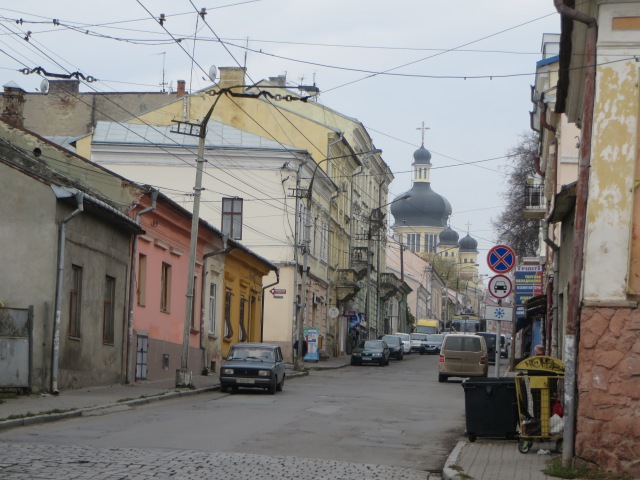 But one thing our wandering pair have usually found—the simple joys of people experiencing everyday life, the things that matter, love and friendship. 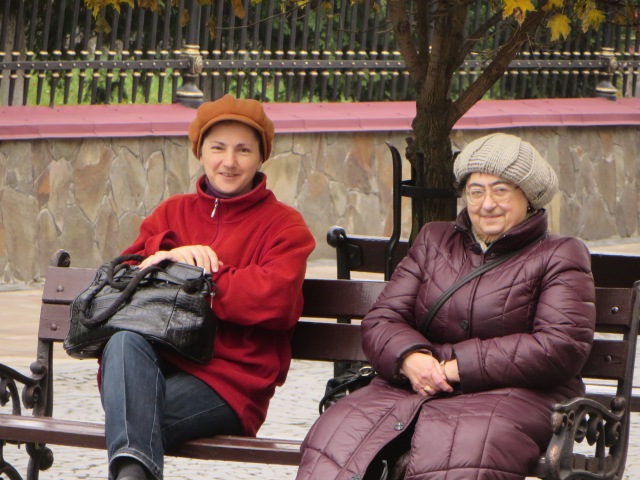 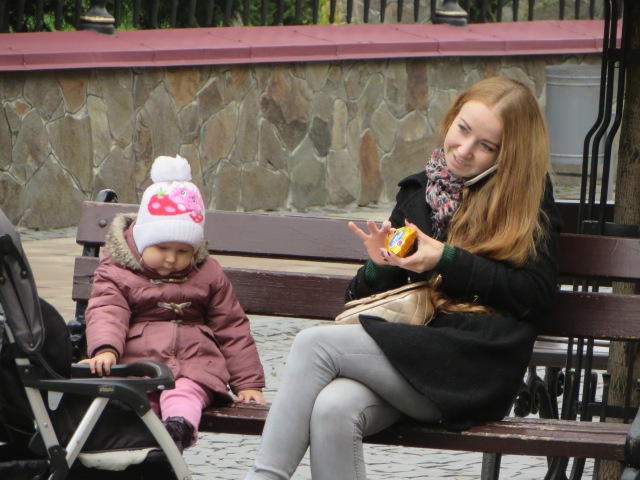 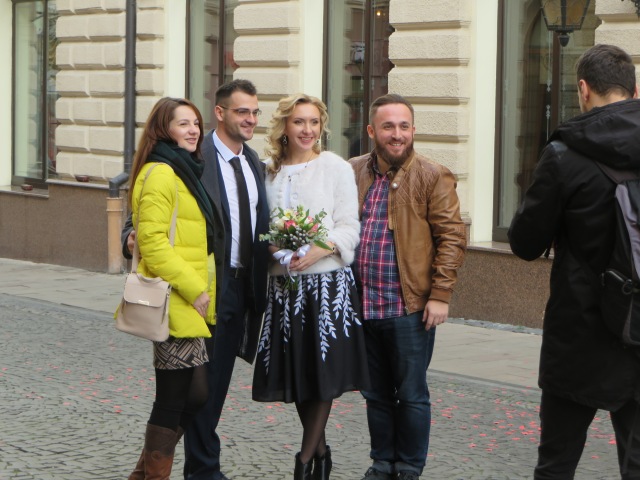 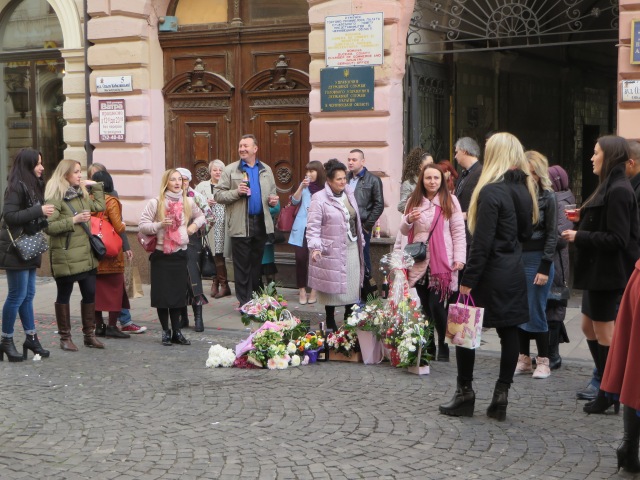 Next Posting: Night train to Lviv