Wine and Brothels in Pahrump 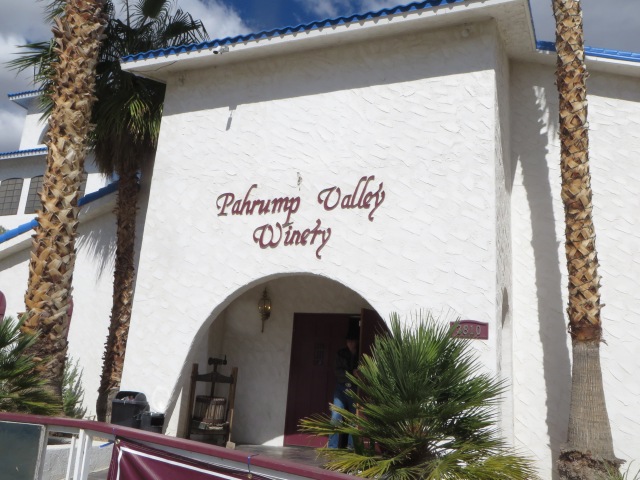 Last week Tanya was looking at upcoming events in the area and spotted one that looked like a winner!  The Annual Pahrump Valley Vineyards Wine Stomp! “Okay!” Jay blurted, “I’m so there!” We couldn’t imagine how there could possibly be any wine produced in hot, dry Nevada and we had to check it out. So the gruesome twosome hit the road Sunday to the southwest Nevada town of Pahrump, an hour’s drive west of Vegas.

Having just come from living in Europe for the last seven years, we weren’t expecting the same kind of wine experience we had been accustomed to. But we did experience the same sort of socializing and fun that happens anywhere wine is served. Sure, wine is served in plastic cups instead of actual wine glasses and food choices were limited to hot dogs, philly sandwiches and nachos but people seemed to be enjoying themselves. Vendor booths included a psychic reader, which is something we had never seen in Europe. “I see a large bottle of red in your future.” The wine itself wasn’t “grand cru” quality but most of it was drinkable, although a bit overpriced for what it was. 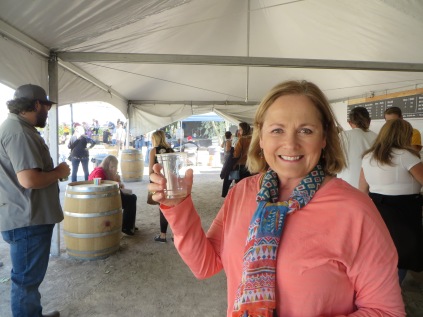 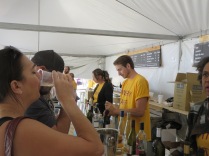 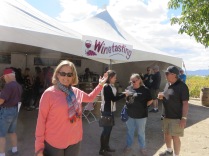 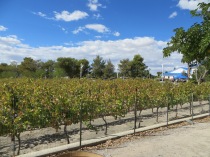 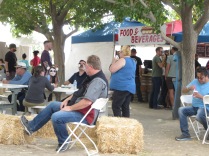 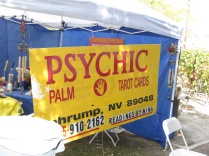 The highlight of course was the grape stomping competition. Teams compete to see how much actual juice they can stomp out of grapes while music blares and the MC and crowd cheer on the stompers and their helpers. Pretty entertaining. 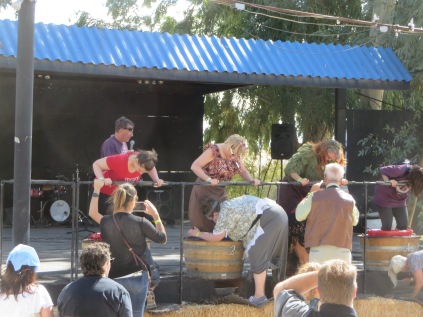 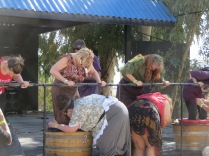 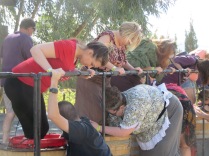 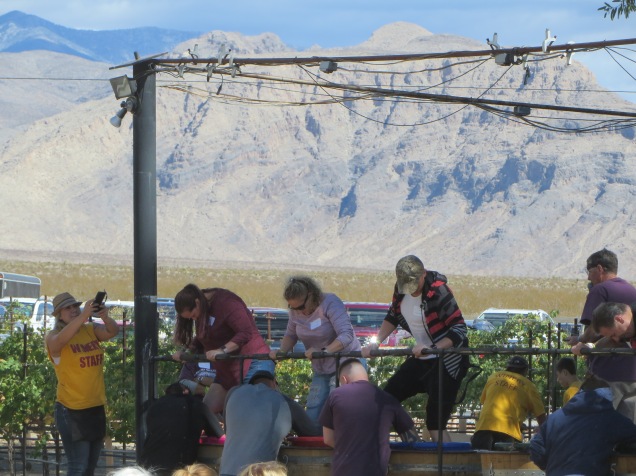 All this grape stomping and cheering was followed by a tour of the Pahrump Valley Winery, a rather sophisticated little operation. From conversations with winery staff, the winery apparently opened in 1990 by a fellow named Jack Sanders. Sanders had high hopes for the operation but soon after his new vines were beginning to produce fruit, a herd of wild horses came thundering down from the nearby Spring Mountain Range and decided they would enjoy the crop. The mustangs destroyed Sanders’ work. He replanted and built a fence around his vineyard but sold the winery in 2002 to the current owners. 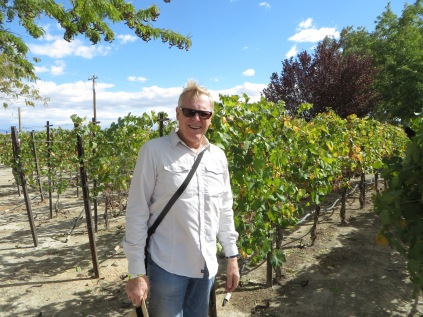 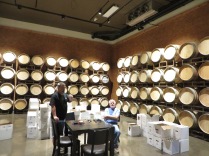 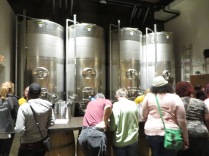 Sanders built another winery a few miles away and continues his operation there, the Sanders Family Winery. Our wine-loving duo had to check this place out as well, and the friendly wine-pourer, Julie, made sure we sampled practically all of their offerings. 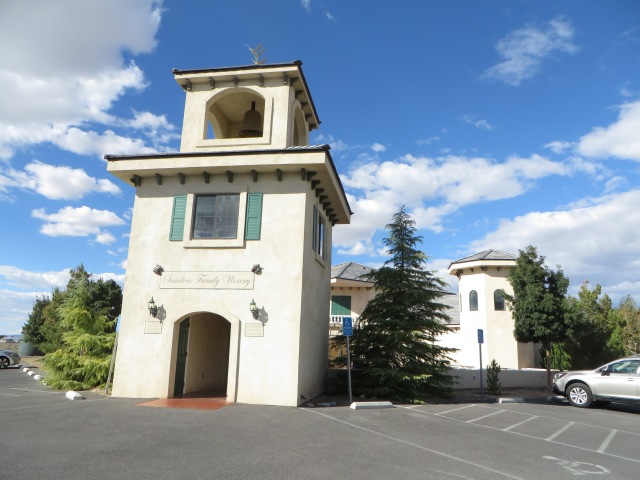 More conversation with our fellow wine tasters resulted in the recommendation that we drive a little further down the road and visit at least one of the two legal brothels in Pahrump, The Chicken Ranch. We were in town, so why not? Although the signs said “Ladies Welcome” and tours were being offered, we opted out of going inside and only took photos of outside, which actually respectable. For any of our readers who are interested, there are several videos on YouTube that provide a complete tour of the Chicken Ranch and what life is like for the women who work there. 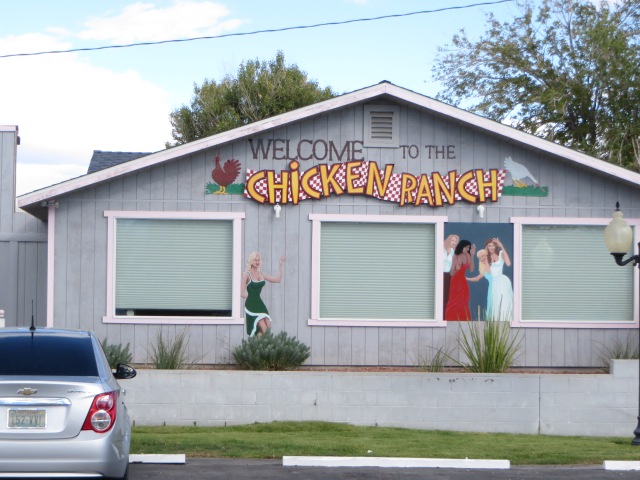 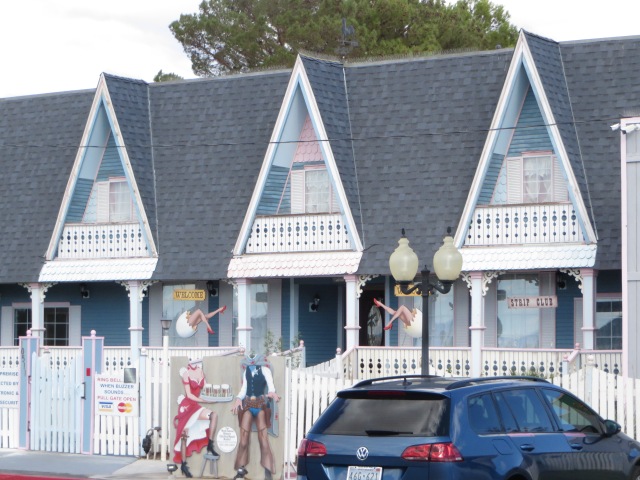 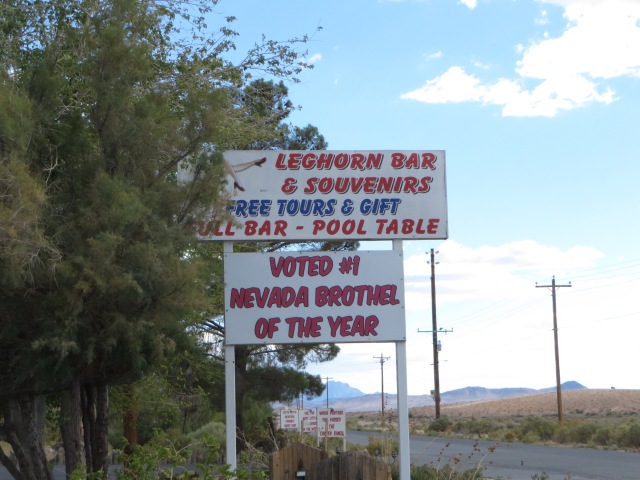 There’s a lot more history to Pahrump, including tales of drugs,murder and buried treasure. But that will have to wait for another post.

7 Responses to Wine and Brothels in Pahrump