Bad Schwalbach: The Empress and the Beer Baron

Posted on October 6, 2015 by jayandtanya

Just 22 kilometers from Wiesbaden is the 19th century German spa town, Bad Schwalbach. Today, no one pays much attention to this community of 10,000 but in the late 1800’s the mineral baths and beauty of the place attracted royalty and celebrities from all over Europe and the United States. Like many other spa resorts of that time, such as Baden-Baden, or any other German town with the word “Bad” in its name, the glory days before World War I are  gone. Now, instead of being playgrounds just for the rich, anyone can enjoy a place like Bad Schwalbach, complete with hiking trails, gardens and stately buildings. 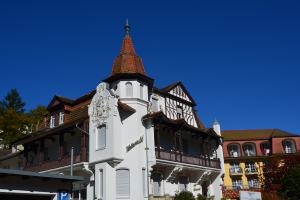 But what fascinated us on a recent visit to Bad Schwalbach was a couple of prominent historical figures who have a close connection to the town. The first is the Empress Elizabeth of Austria, or Sissi, as she is often better known.

Sissi was the Bavarian princess who married Emperor Franz Josef I of Austria in 1853, when she was only 16 years old. There have been several books and films produced detailing Sissi’s melancholy and eccentric life, most of which was spent away from her husband as she traveled constantly to avoid her step-mother and the confines of court life. Sissi met a tragic end in 1898 when she was stabbed to death by an Italian anarchist while visiting Geneva. But in the few years from 1895-1897, Sissi visited Bad Schwalbach often. She loved the beauty and tranquility of the town and had a small “temple” built for her in the hills overlooking the city, where she could relax and be by herself.

There are essentially no directions to the site today and Tanya and Jay had to ask directions to the temple from a local resident out walking his dog. It’s a somewhat strenuous hike to the Elisabethentempel but it was worth it just to get a sense of its history and to imagine Sissi sharing the same views. 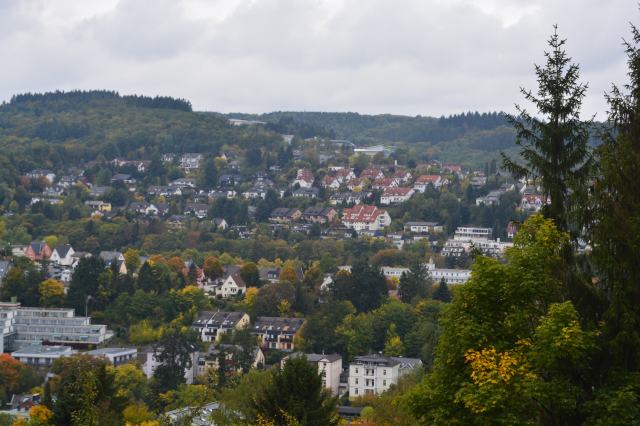 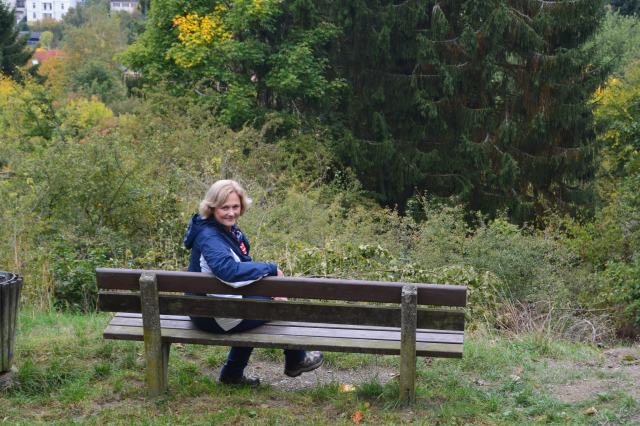 A contemporary of Sissi, Adolphus Busch, also figures prominently in the history of Bad Schwalbach. Busch, of course, is the German-American beer baron who revolutionized the brewing industry in the US and produced the famous Budweiser beer. He left his boyhood home in Mainz-Kastel, Germany, with three of his brothers, when he was 18 and moved to St. Louis. There he met Lilly Anheuser, whose father had a brewery. When his father-in-law died in 1880, Adolphus took it over and renamed it Anheuser Busch Company.

Although there is no evidence that they ever knew each other, Sissi and Adolphus were born only two years apart and he visited Germany often after he accumulated his wealth in the US. He was a close friend of the German emperor and so it is quite possible that Sissi and Busch had met. Undoubtedly, they knew of each other.

On one of his visits back to Germany, Busch bought an estate just outside Bad Schwalbach and named the main house, Villa Lilly, after his wife. He died in the house in 1913 and was later buried in St. Louis in 1915.

Beer baron, empress, famous spa resort—-you never know what history is all around you until you start snooping around.