Half-timbered buildings abound in Germany and after a while we become so accustomed to seeing them that they are no big deal.

But in the middle ages, when many of these structures were built, they represented cutting edge building technology. Last week, I visited the town of Bad Camberg, located about 30 km from Wiesbaden to get a look at some terrific representative samples of this type of architecture. 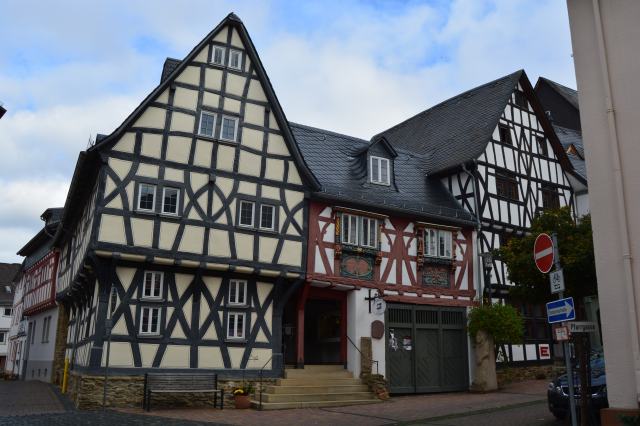 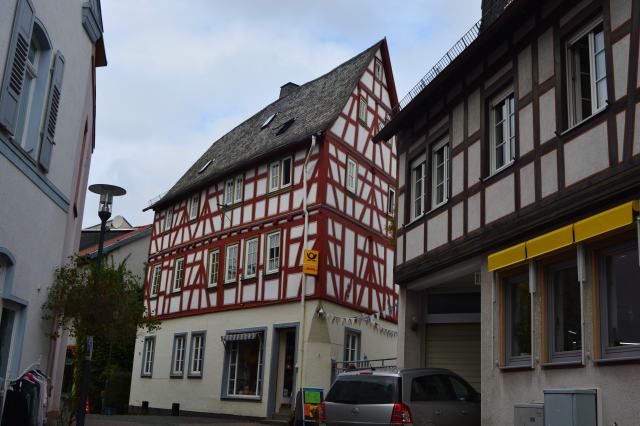 We had never really thought about why these buildings were built this way in the first place so we did a little investigation to find out. It turns out that in 13th and 14th century Northern Europe not only was wood very expensive for the average person but the concept of lumber, at least as we know it, didn’t really exist. Saws, with any kind of accuracy, hadn’t yet been developed. So the exterior, and interior, frame of structures was made from logs which had been “half-cut” using axes and adzes (axe-like cutting tools). The spaces between the timbers were then filled in with cheaper material–mud, branches, clay and sometimes brick. The exterior was then plastered over. When the infilled material eventually deteriorated it could then simply be replaced, while the solid timbers remained in place. 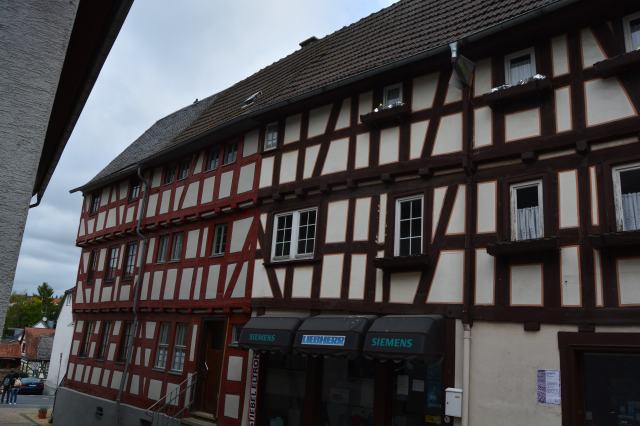 In the 15th and 16th centuries, builders decided to decorate and embellish the exteriors of buildings to highlight color differences between beams and infill and the style has remained popular today. In Bad Camberg, one of the largest medieval half-timbered structures exists in the central part of the town. 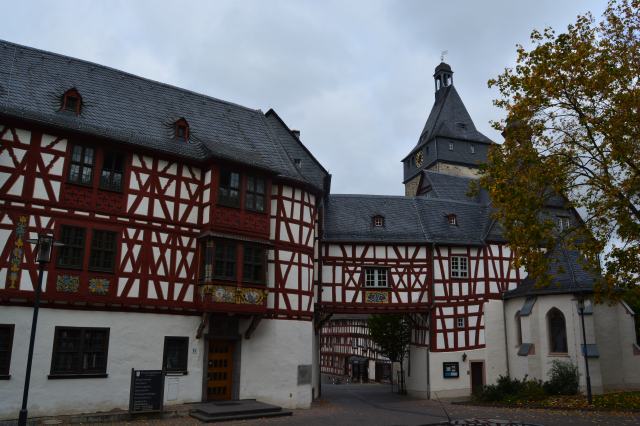 Note the caricature design above this doorway. Is that guy on the left displaying the universal sign of displeasure to the lady with the crown? There must be a story there.

Bad Camberg is not only a pleasant place to visit for the buildings, it also is noteworthy as a base for several health spas, many specializing in what is known as the “Kneipp Cure” form of hydrotherapy. The story of the Bavarian priest, Sebastian Kneipp, is one that fits right in today’s health-oriented lifestyle.

Father Kneipp was born in 1821, contracted tuberculosis as a young man and then claimed that he had been cured by a “water cure” that he read about in a book he had found. From there he started investigating the positive impact of a healthy lifestyle, including eating lots of fruits and vegetables and exercising. As the father confessor in the village where he preached, not Bad Camberg by the way, he began offering treatments of hydrotherapy, herbs, exercise and diet to his parishioners. Kneipp attracted the attention of several notable folks of the day, including Archduke Franz Ferdinand of Austria and Pope Leo XIII.

A modernized statue of Father Kneipp in Bad Camberg’s Kurpark

Kneipp became so famous that alternative therapy spas started sprouting up in other European countries and in the US, Kneipp Societies were formed. These later changed their name to the Naturopathic Society of America.

Today, Bad Camberg capitalizes on Kneipp’s fame and teachings and the town is full of health resorts centered around its beautiful Kurpark. 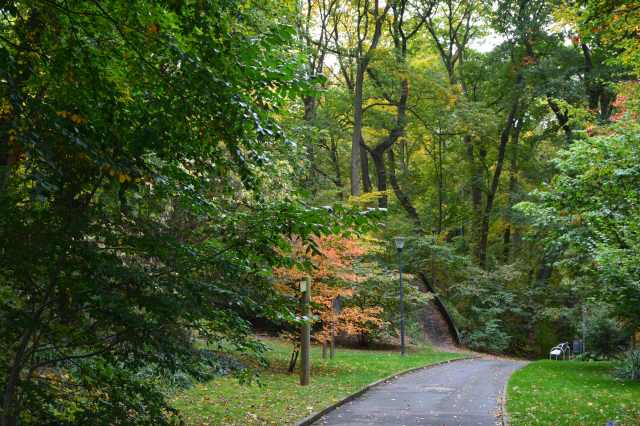