Very early in our life of travel, we had the vague idea that Bermuda was part of the Caribbean. We knew it was a tropical-like island and its name just sounded like it should be Caribbean, like Barbados, Barbuda or Bonaire. And, indeed, at least one travel guide is titled, “Caribbean and Bermuda”. But, of course, from our first visit here 15 years ago, we knew better, especially after taking a 10-hour flight from Portland, Oregon.

Bermuda is one of those unique island groups that sits by itself out in the Atlantic Ocean, about 600 miles due east from Cape Hatteras, North Carolina. There are approximately 180 islands or islets here but only six are inhabited. The main island, Bermuda, has an area of about 21 square miles and a population of 70,000. Bermuda has the distinction of being the oldest self-governing colony in the British Commonwealth. It was named after its Spanish discoverer, Juan de Bermúdez, who happened upon the place in 1505. But Bermuda’s most favorite son is Alexander Hamilton, for whom the capital is named.

Besides its Anglican character, with English-style churches and British shops selling Wedgwood china and pubs featuring fish and chips, the most striking feature of Bermuda is the pastel coloring of almost everything. 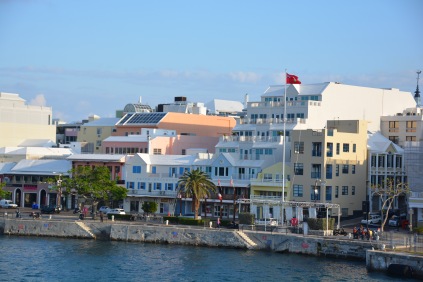 Blue and pink permeate the land and seascape. Even the beaches are pink, a result of the gradually wearing away of coral reefs surrounding Bermuda. Car ownership is strictly regulated on Bermuda and rental cars are prohibited. Consequently, Bermuda is served by an efficient color-coded bus system—blue buses going out of Hamilton, pink buses inbound. There are no parking meters on Bermuda, no neon signs, no high-rise condos, no pollution, no slums, no income tax and full employment.

The wind patterns of Bermuda make it a sailing paradise and while we there we watched four different teams practicing for the upcoming America’s Cup races. Thrilling! 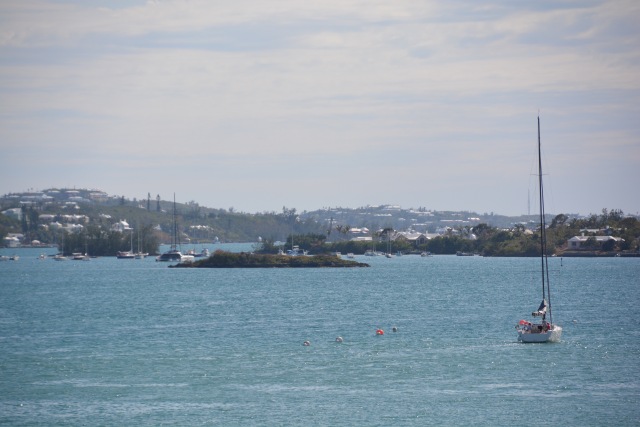 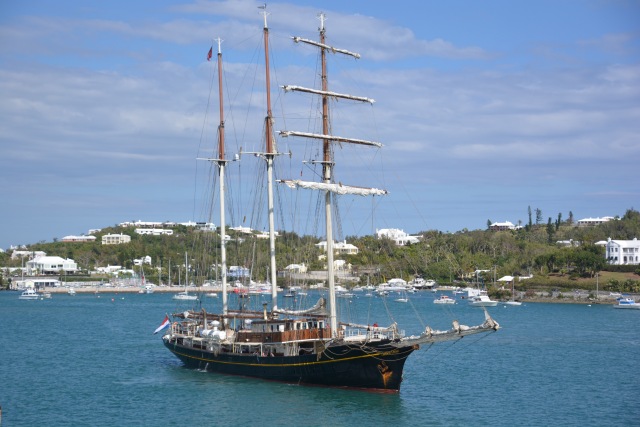 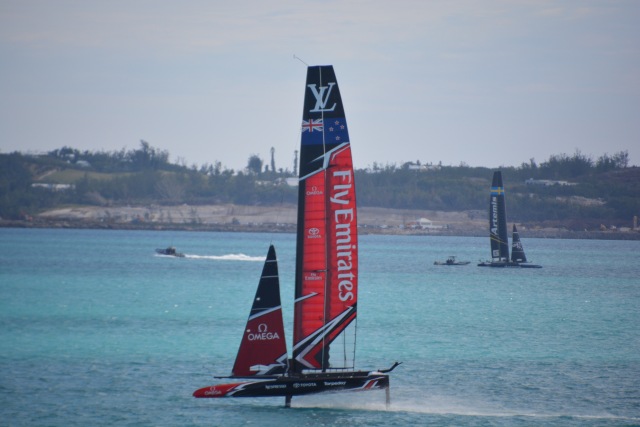 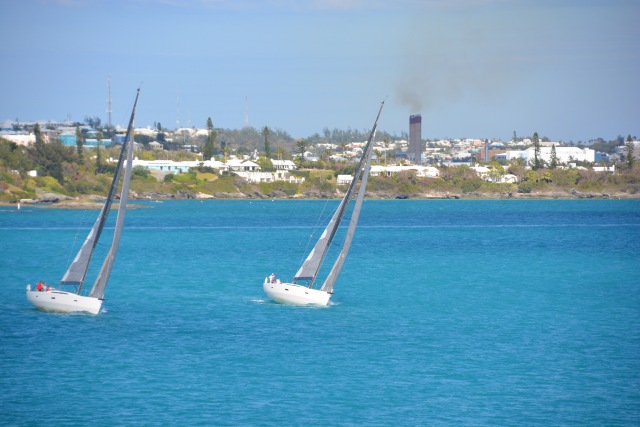 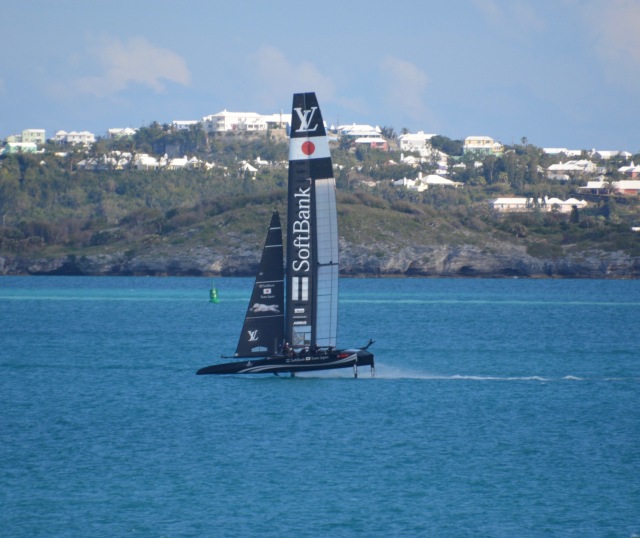 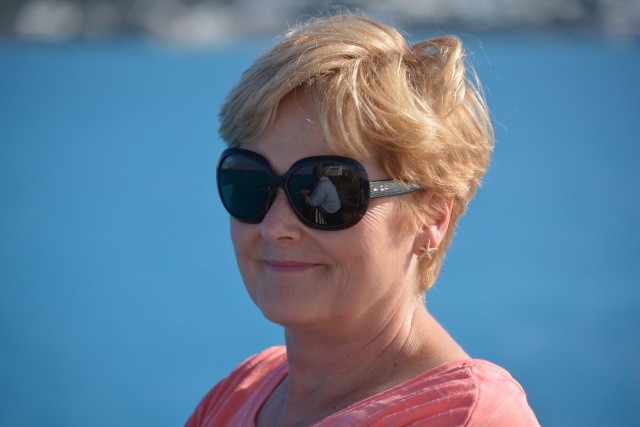 6 Responses to Bermuda: Pastels and Prosperity