A few weeks ago, Jay and Tanya visited the Brittany and Normandy coast with stops in Brest and Cherbourg.

First of all, Brest is not one of those places tourists usually flock to. For one thing, it rains a lot here, an annual average of almost 48 inches in fact. Still not a lot by Oregon standards (Eugene 46”, Astoria 67”) but enough to keep most fair-weather tourists away. Secondly, Brest was almost completed destroyed in World War II so there’s not much for tourists to see. Located at the very westernmost tip of France, this seaport town of 140,000 is blessed with an important harbor that began serving the French navy in 1631. Unfortunately, Brest’s strategic location has also been a curse, since it was also the home of a large German U-Boat base during World War II. This made Brest a primary objective after the Allied invasion at Normandy in 1944. The plan was to take Brest and then use the port to help supply the Allied troops advancing across France. But the occupying Germans had other ideas. It took the Allies over six weeks to finally take the heavily defended city and in the course of the battle, practically all of Brest was completely destroyed. Before finally surrendering, the Germans destroyed most of the port facilities, making it useless to the Allies. Today, Brest is the home of France’s main naval training centers and a base for its nuclear-armed ballistic missile submarines.

On our rainy-day visit, there just wasn’t much going on in Brest besides people going about their everyday business and trying to stay dry. 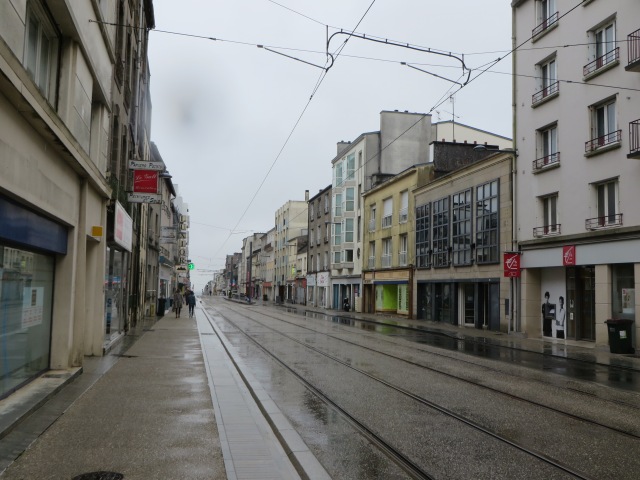 Cherbourg, located up the French coast in Normandy, was also wet, but delightful.

For any of our readers old enough to remember, Cherbourg was the setting for the 1964 film, The Umbrellas of Cherbourg, starring Catherine Deneuve (The Most Beautiful Woman in the World). The movie was a smash, winning the Palme D’or at the Cannes Film Festival that year and the folks of Cherbourg have never forgotten it. 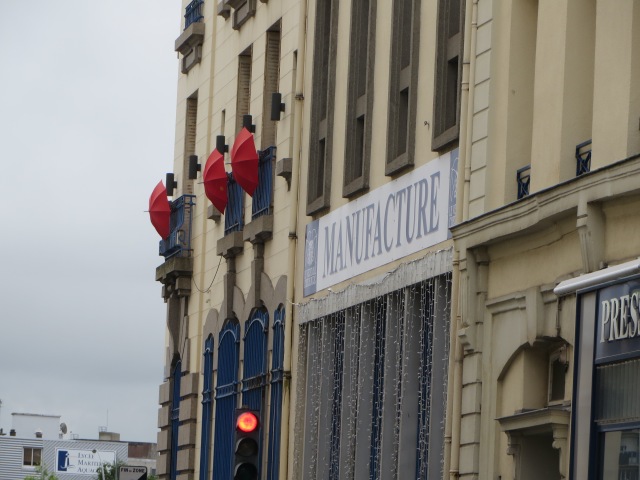 It was market day in Cherbourg and a little rain never deters determined shoppers. 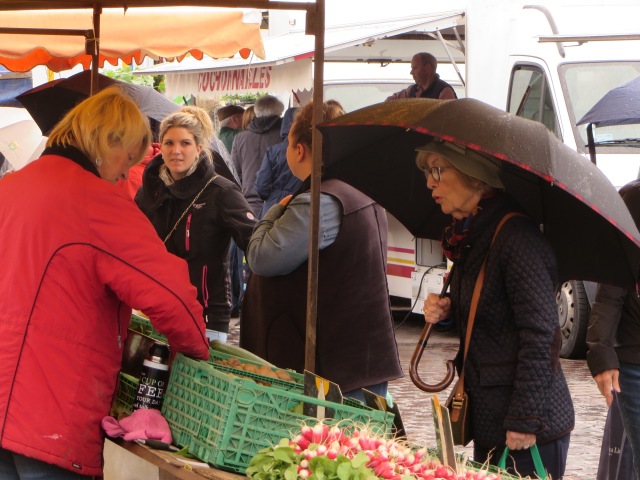 Wandering around town we discovered the Parc Emmanuel Liais. Mr. Liais was a former mayor of Cherbourg and dedicated much of his life to developing the grounds of this botanical garden.

Naturally, Tanya was very excited about this place.

One of the advantages of just wandering around a new place is the discovery of monuments, plaques and other miscellany that might not otherwise be noted in any guidebooks. For example, Napoleon slept here and his statue memorializes this. We think he’s trying to point where his boat is docked. 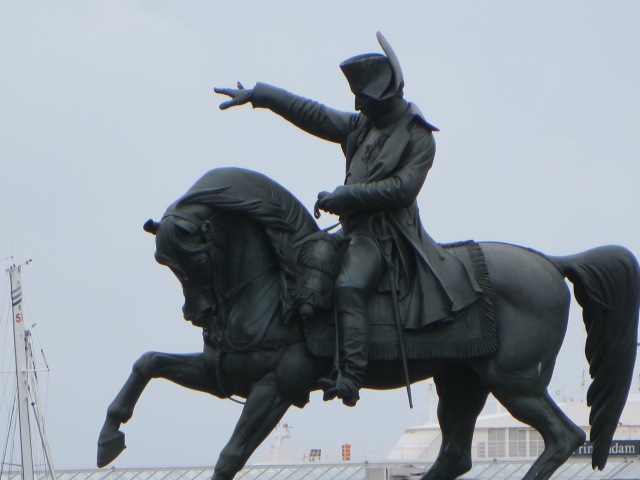 German bunkers still are in place along the shoreline.

And, on the nearby city hall, we found this plaque dedicated to the memory of an American soldier, William F. Finley. 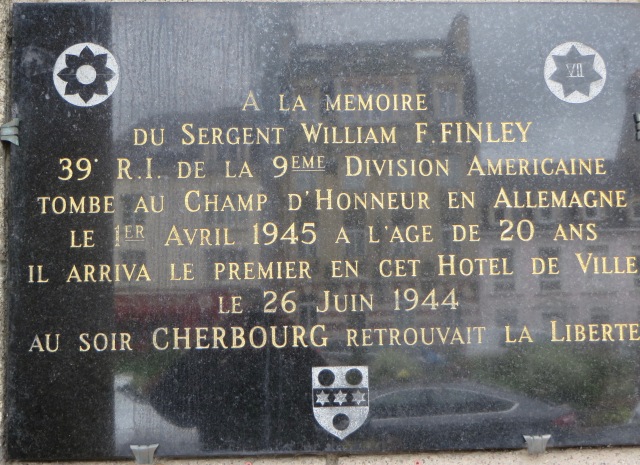 We did a little research and found that on June 26, 1944, Sergeant Bill Finley had just celebrated his 20th birthday, one day before dashing under fire across Cherbourg’s main square to liberate the city hall, as part of the US Army’s 9th Infantry Division. Finley was from Decatur, Illinois and had joined the army in 1942 at age 17. He was later killed in action on April 1, 1945 in Germany, near Bad Kreuznach. He was just one of thousands of US soldiers who fought and died to liberate France.

Memories of the the second world war are strong in Normandy. So, it was not terribly surprising to see the vandalized offices of the recently defeated right-wing National Front party, led by Marine Le Pen.

We can only hope that today’s leaders have learned something from the disasters of the past.